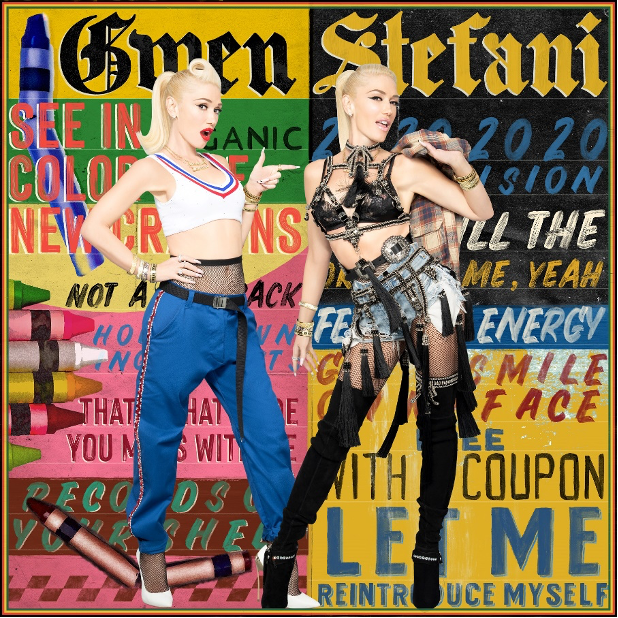 Stefani will debut the single with a performance on tonight’s episode of The Voice, airing at 8 pm ET/7 pm CT, where she is now in her fifth season as a coach on NBC’s four-time Emmy Award-winning musical competition series.

Recorded in quarantine and co-written with relentless hitmaker Ross Golan alongside rising songwriter/producer Luke Niccoli, the single finds Stefani reminding fans of what she does best: create vibrant, uplifting music that is real and honest to who she is as an artist.

“This song is a way of saying I’m back with new music. It’s a fun, lighthearted song, because I got inspired and hopefully to bring a little bit of joy. The idea was to write a song that had a bit of a nostalgic feeling to it, so I think musically it reminds you of back in the day, going back to where I started musically which was with ska and reggae. I’m still the same me but here’s something a little bit new in case you feel like hearing a little bit more of me,” says Stefani.

Musically, “Let Me Reintroduce Myself” is a full-circle moment, with an instrumental that nods to her roots with the ska-punk band No Doubt. Bass-heavy beats and breezy acoustic guitars course under and around her laid-back vocals, as Stefani confidently asserts her space in the modern musical universe: “In case you forgot—no, I’m not records on your shelf.” The single also offers a sly callback: “I already gave you bananas,” she sings playfully, nodding to the cheerleader chant on her 2005 Pharrell Wiilliams-produced No. 1 hit, “Hollaback Girl.”

“Let Me Reintroduce Myself” caps off a busy year for Stefani. She had two top 10 hits on Billboard’s Hot Country Songs chart with fiancé Blake Shelton, “Nobody But You” and “Happy Anywhere.” And her holiday album, You Make It Feel Like Christmas, was just reissued with two new songs, including Ryan Tedder co-write “Here This Christmas.”

A three-time GRAMMY Award winner, Stefani, has achieved global success as, among other accomplishments, a performer, songwriter, frontwoman for ska-punk heroes No Doubt, and multi-platinum solo artist. To date, she’s sold more than 50 million units worldwide. Her 2015 solo album, This Is What the Truth Feels Like, debuted at No. 1 on the Billboard 200. If 2020 is any indication, listeners should keep an eye out for more from Stefani soon.