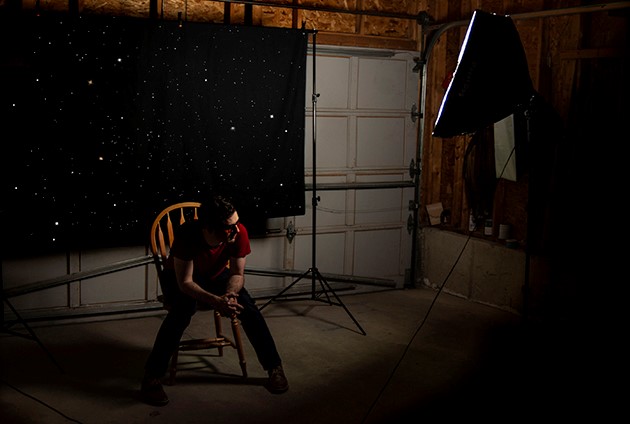 Toronto singer, songwriter, and multi-instrumentalist Jay Gordon Wright wishes there was more cowbell on his newest single, “Take Your Time,” and sophomore EP, Fall For Anyone — both available now.

But, let’s back up a moment…

“The EP represents a journey of sorts,” Wright fittingly offers, noting it’s from the idyllic to the dystopian. “It begins with the purest of love and intentions, handicapped by self-doubt, impatience, and frustration, and ultimately it ends in disillusionment and fury.

“This song is more carefree in a way that others on the EP aren’t; it’s a bit of a release,” he continues. “It’s meant to be reassuring, kind of like the inverse of the impatience I can feel throughout the artistic process.

“I think the message is that love triumphs in the end, whatever trials you might face along the way. Maybe it’s passive, as in ‘sit back, relax, it all works out,’ or maybe it’s active, as in ‘this is your time, take it!’

“Actually… When I think about it like that, it calls attention to the urgency of it — ‘hurry up and relax!’

“My only regret is that there isn’t more cowbell… My fever continues to spike.”

Fall For Anyone follows Jay Gordon Wright’s 2019 debut, Solar-Powered Love. Classically trained in the violin, Wright has expanded his musical tool shed to include just about every instrument he can get his hands on. He’s performed alongside Ian Thomas, Bill Dillon (Robbie Robertson, Sarah McLachlan, Joni Mitchell), Mike Boguski (Blue Rodeo), Steve Strongman, the Hamilton Philharmonic Orchestra, and more.