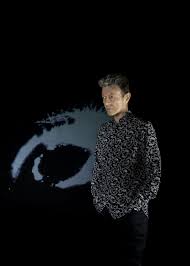 On what would have been his 74th birthday, TikTok today announced that the music of David Bowie is now available to the TikTok community. An account in Bowie’s memory has launched in partnership with Warner Music Group, Sony Music and The David Bowie estate.

Celebrating one of the greatest stars of the musical universe, David Bowie’s music catalogue is now available through yet another medium, ready to excite and inspire a whole new generation of fans.  His TikTok channel is live at @DavidBowie featuring iconic videos from his life and work across over five decades of innovation and reinvention.

Tracks such as “Heroes”, Space Oddity, Let’s Dance, Fame, Rebel Rebel, Life on Mars?, and Ashes To Ashes  now feature in a dedicated playlist on the TikTok Sounds page. On Sunday 10th January to mark his passing five years ago, TheStarman hashtag challenge (#TheStarman) will launch. Using the track Starman – first released in 1972 as the lead single from The Rise and Fall of Ziggy Stardust and The Spiders from Mars, – the TikTok community will come together to celebrate his life and work, recreating his iconic looks across the years.

A pioneer in music and fashion, David was – and remains – a cultural icon. He was never afraid to push boundaries and was always first to embrace new technology to reach his global fan base.