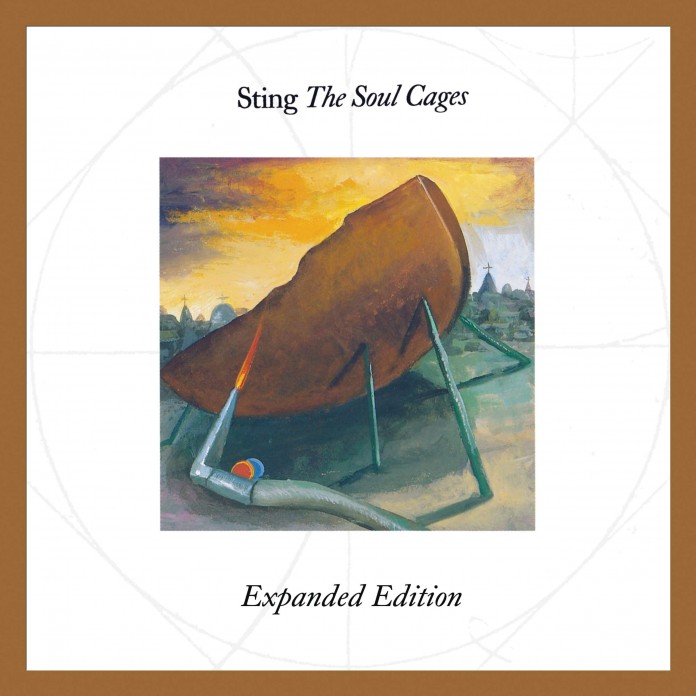 Today, Sting announces the 30th Anniversary of his stirring third album, The Soul Cages, by releasing a digital-only expanded edition.

Originally released in January 1991, the Expanded Edition features the original nine-song Soul Cages album plus 13 bonus tracks that consist of remixes, extended mixes, and a pair of songs sung in Spanish and Italian incarnations. Seven of these bonus tracks have not been previously available for digital download or streaming.

The core nine-track song cycle for The Soul Cages centers around Sting’s deep sense of personal loss following his father’s passing. The balance of the album’s lyrical content embarks on a recurring seafaring motif in honor of his father’s lifetime lamentation about never becoming a sailor, one of his unrealized personal dreams. The opening track, the slow-churning “Island Of Souls,” follows a son’s reverie about his fervent wish to take his shipbuilding father somewhere, anywhere out on the water in order to get away from it all, while “Why Should I Cry For You” chronicles the arc of the narrator’s fragile inner resolve. The relatively jaunty nature of the hit single “All This Time” runs cleverly counter to its burial-at-sea narrative, as the majestic, moody album closer “When The Angels Fall” ruminates on Sting’s staunch Catholic upbringing and the long-term effects of familial spiritual beliefs.

In fact, the ongoing impact of the deeply entrenched subject matter comprising The Soul Cages would remain with Sting, the artist for decades to come. Ultimately, it fueled him to author the music and lyrics for his first stage musical, The Last Ship, which debuted in 2014 and focused on the rise and fall of the shipbuilding industry in his native England.

Produced by Sting and Hugh Padgham, The Soul Cages also marked the first occasion that longtime stage and studio collaborator, the acclaimed guitarist Dominic Miller, appeared on one of Sting’s albums. Other notable topline Soul Cages creative contributors include keyboardists David Sancious and the late Kenny Kirkland, saxophonist Branford Marsalis, and drummer Manu Katché. For his own part, Sting played bass, mandolin, and synthesizer on The Soul Cages, in addition to singing all of the album’s lead vocals.

The Soul Cages has been certified platinum by the RIAA, and it topped the album charts in five countries, including the U.K. and Canada, topping out at No. 2 on the U.S. Billboard 200. The album’s lead single, “All This Time,” made a tremendous chart impact right out of the gate, ultimately reaching No. 5 on the U.S. Hot 100, No. 1 on both Mainstream Rock and Modern Rock, and No. 9 on Adult Contemporary. The title track, “The Soul Cages,” won a Grammy for Best Rock Song in 1992, and it climbed to No. 7 on Mainstream Rock and No. 9 on Modern Rock. The album’s other key singles were “Mad About You” and “Why Should I Cry For You.”