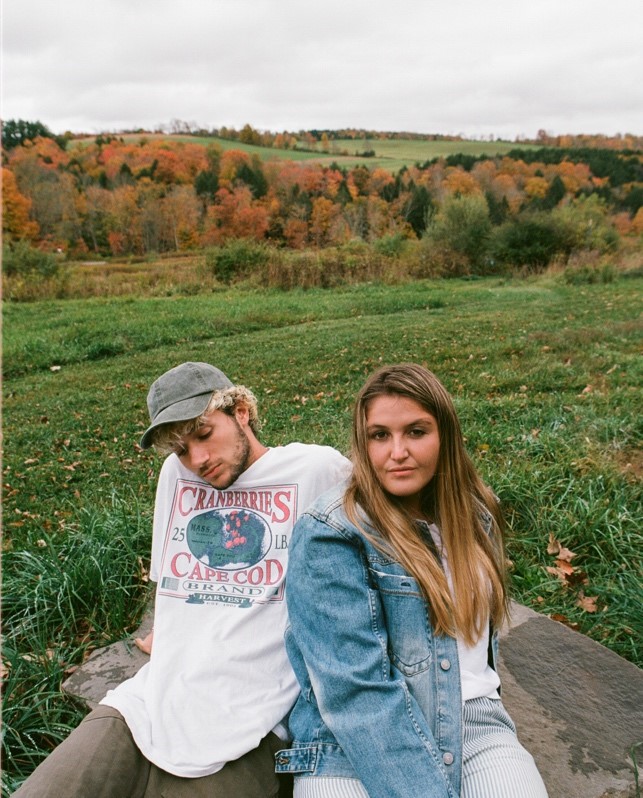 Rekindling their undeniable chemistry once again, singers, songwriters and producers Jeremy Zucker and Chelsea Cutler return today with a new single “this is how you fall in love” out now.

“this is how you fall in love” heralds the arrival of their forthcoming EP, brent ii, releasing February 5th. Pre-order/pre-save HERE. Additionally, they unveiled the song’s official music video. “this is how you fall in love” is a smoothly harmonious song that brings Jeremy and Chelsea’s strongest vocals to the table in what they describe as “the kind of song to slow dance to at your wedding.”

In the middle of the global pandemic, Zucker and Cutler safely returned to the Connecticut cabin where they crafted their platinum single, “you were good to me,” and 2019 fan favorite EP, brent, to write, record and produce five new songs that continue the brent story. PAPER Magazine hailed them a “pop power duo,” as Ones To Watch said brent “beautifully showcases Zucker and Cutler’s stunning vocals alongside one another.”

Chelsea chimes in, saying, “this is how you fall in love’ is easily one of my favorite songs Jeremy and I have written together, and we knew as soon as we wrote it that it felt really special. it really shows the direction of the project and the growth since brent.”

Growing up in suburban New Jersey, 24-year-old singer, songwriter and producer Jeremy Zucker has always been surrounded by music. In 2015, he released his first EP as a freshman at Colorado College pursuing a degree in Molecular Biology, and by 2017 he had signed a major label record deal with Republic Records. Since then, he has released four EP’s with breakthrough singles, such as Gold Certified singles, “talk is overrated” featuring blackbear and “all the kids are depressed,” and his biggest song to date, “comethru,” which is Platinum Certified and has surpassed over one billion streams. In 2019, Jeremy collaborated with Chelsea Cutler on brent and their Platinum-Certified global viral hit, “you were good to me.” Last spring, Zucker released his long-awaited debut album, love is not dying, to praise from critics and fans alike, as he recently crossed over a staggering 3.2 billion total streams across his catalogue with his latest single, “supercuts.”

Instantly-relatable lyrics and handcrafted lo-fi soundscapes have established Chelsea Cutler as a quiet, yet disruptive, force for popular music. Within two short years, the singer, songwriter and producer went from bedroom-constructed uploads to 750 million-plus cumulative streams and acclaim from Billboard, The New York Times, E! News, PAPER Magazine, Cosmopolitan, Refinery29, UPROXX, L’Officiel, and more. In 2017, her breakthrough single “Your Shirt” paved the way for her debut EP, Snow In October. Leaving college shortly after, she hit the road alongside Quinn XCII at the top of 2018 before kicking off a prolific string of releases, including the independently released mixtapes Sleeping with Roses and Sleeping with Roses II, leading to two completely sold-out nationwide headline tours in 2018 and 2019 and appearances at Governors Ball, Bonnaroo, Lollapalooza and more. Signing to Republic Records in 2019, Chelsea uncovered undeniable chemistry with Jeremy Zucker on the collaborative brent EP, which spawned the platinum single “you were good to me.” Honing her style further, she unveiled her 2020 debut album, How To Be Human, featuring the breakout single “Sad Tonight.” Bringing the new music to fans across the country, Cutler launched the sold-out How To Be Human Tour last spring, highlighted by two consecutive sellouts at Terminal 5 in New York City.