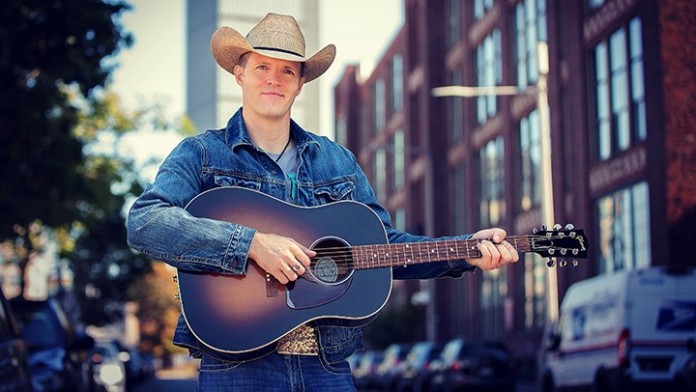 With well over 1.5 Million streams across platforms, Boston, MA’s Houston Bernard continues to croon his country and rockabilly roots in freshly pressed single, “People We Are” — available now.

True-blue country through-and-through, Bernard writes the majority of his own music, “but I’m always open to recording others,” Bernard shares of the new track penned by Nashville-based Billboard Top 20-charting songwriting powerhouse Cole Taylor (Jason Aldean, Luke Bryan, Chase Rice) and Kim Penz. “And when my manager asked me to listen to this song, I knew it was right for me.”

Houston Bernard comes from a long line of country living — both musically, and otherwise. He has shared bills with Luke Bryan, Old Dominion, Granger Smith, Montgomery Gentry, Marshall Tucker Band, Clint Black, and more, and been featured across notable Spotify playlists, The Country Network, and The Heartland Network.

A direct descendent of the famous gunfighter George “Bittercreek” Newcomb — a ‘Most Wanted Man’ in the 1890s, and a member of the notorious ‘Wild Bunch’ (who inspired The Eagles hit, “Desperado”) — Bernard’s father and uncle were a local staple known as the Rebel Brother, playing in various country bands backing the likes of Tanya Tucker and Sleepy LaBeef.

“My dad’s family had a large farm in Norman, Oklahoma,” Bernard shares. “It was a small community at the time and my father was still going to a one-room school house. My dad told me that, when he was growing up on the farm as a small boy, they were still using an outhouse — only eventually putting their own plumbing and electricity in the home.

“My Uncle Johnny Bernard made his entire life playing and writing country music until he passed in 2003,” Bernard offers, detailing his familial draw to the craft. “I’m coming from a long line of country musicians which, making a career of music is not an easy thing to do. I’m proud to carry the same ethics for hard work and outlook into both my life and my music.

“To me, the story in ‘People We Are’ upholds all the philosophies and ethics of the Bernard family, which I’m proud to represent,” he continues. “Growing up on the farm in Oklahoma, generation after generation… My dad’s family was all about the standards of doing the right thing, being self-sufficient, living within means, and building something that will stand the test of time.

“I think this song represents just that, and I hope others connect with it as I have.”