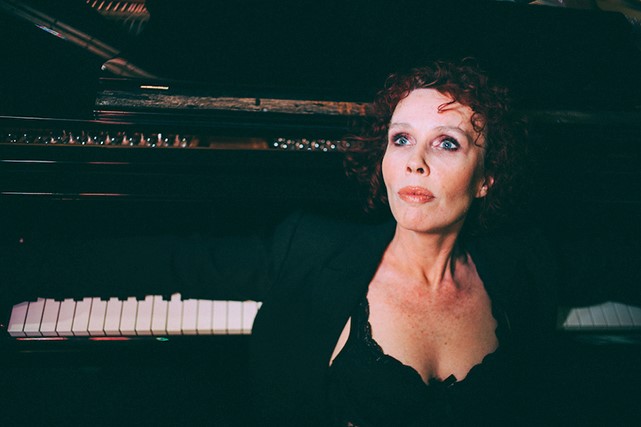 The rapidly-growing digital network is described as a place to explore, discuss and collaborate with women who work in jazz media, whether that be journalists, photographers, publishers, editors, musicians and beyond. In alliance with her mission statement, Ross says all are welcome; they’ve currently shared the work of more than 100 women, and their team has grown to a roster of 10, based all over the world, and have garnered support from the likes of Jazzwise, The Jazz Times, Jazz in Europe, Citizen Jazz, Kind of Jazz, Jazz Quarterly, JazzViews, the F-List, EZH, Indie Music Women, Jazz Tribes, Music Tribes Unite, and more.

Ultimately, the purposes of Women in Jazz Media are to promote and celebrate the hardworking women in jazz Media, encourage and support a more diverse, global jazz community, create a healthy and supportive environment for the women involved,’ and encourage collaborative thinking and mutual support within the ever-expanding community.

Co-designer of the Music Tribes Unite platform Pia Sonne-Schmidt calls Women in Jazz Media a “new light in 2021” and has praised it for “illuminating a pathway to unify, respect and honour equality and diversity for all women in jazz.”

Currently, Women in Jazz Media has an official website, as well as a rapidly-growing Facebook page and a foothold across all other social platforms. In response to all the positive feedback and support she’s been receiving, Ross says she has “been really blown away.”

“This shows that people feel there is a need for something like this,” the musician said in a statement. “I have received emails from people across the world wanting to be involved and loving the idea of a platform such as this.”

Ross also revealed that the Women in Jazz Media team will soon be launching a monthly podcast/webinar series. “I have also just started to plan a mentoring scheme to support and encourage new writers and I have a few people signed up for that too already,” she added.

Before kickstarting her own musical career, Ross attended London’s prestigious Arts Educational School, where stars like Julie Andrews, Catherine Zeta Jones and Will Young — just to name a few — trained before her. Since then, she has worked as not only a musical director, session musician, composer, choreographer, director, dancer and actor, but as a model too.

Other than writing and performing music and giving her fellow female jazz-heads a platform to uplift one another, Ross’ passion is as a musical educator. For almost a decade, she was the headmistress of the British Academy of New Music in London. While she was there, she trained the likes of Jess Glynne, Rita Ora and even Ed Sheeran.