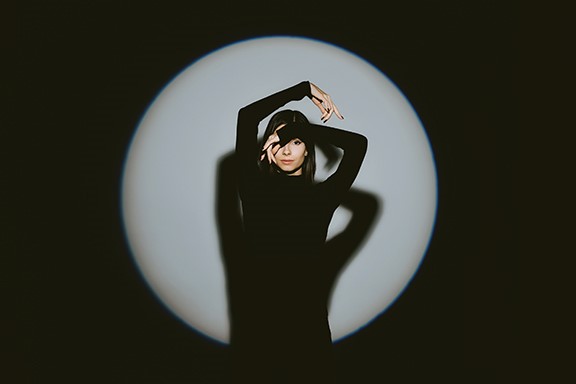 The somber pop ballad is carried by a groovy drum and bass track which is accompanied by the ambient sounds of violins and a bone-chilling vocal melody.

A collaboration between French singer/songwriter Ana and Italian music producer, Andrea, the duo met in early 2019 during a trip to Brussels and — after having the revelation of sharing the same musical vision — have been writing and recording music together virtually since then.

The name Anaté, comes from the singer/songwriter and face of the project — whose full name is Ana-Maria Teodorescu. After being trained in classical piano from a very young age, she’s always been involved in writing and performing music; she is currently based between Paris, France and Berlin, Germany.

Andrea — who’s currently living in Milan, Italy — takes care of all things production when it comes to Anaté. He performed as guitar player with several local bands from early 2000’s to 2015, when he decided to focus on producing local artists and writing own music.

Anaté’s overall musical style is driven and defined by an omnipresent downtempo style, however, covers a variety of genres sonically. This unique approach to music makes sense once you understand the duo’s shared music taste. They’ve named bands such as Massive Attack, Hooverphonic, Dido and Amy Lee as not only some of their biggest songwriting influences, but also as an inspiration for production.

Uncoincidentally, “First Time” was actually the first song written by Anaté, in 2019. Andrea crafted the initial beat which immediately inspired Anate to write a song about the dark side of being in love.

“Don’t we all remember that moment when we first fell in love?” Ana says. “It felt like the only people in the world were you and that person… That you were sharing your own little secret and every moment together was almost magical.

“Until reality hits — one or both of you either gave too much or too little,” she adds. “You gradually start falling apart, watching the love story come to an end.”

“When I sent ‘First Time’ to Ana, she answered back after a few hours saying she was ‘jumping on the chair’ in her office because she had the perfect melody and lyrics for the song,” Andrea recalls.

“It talks about duality,” Ana says of the track. “It’s about the conflict between what we want and what we are ‘allowed to want,’ between who we are and expected to be… Between emotion and reason.

“We all experience moments of inner conflict like that,” she continues. “‘Confusion’ explores these contrasting concepts and invites us to embrace both.”

The song’s video was directed by the Argentinian Fausto Torelli Tulissi, and was filmed in Berlin. It explores duality in images, pictured as a constant back and forth between the heavy reality and a “dream world” — our inner world. It follows Ana’s journey to the point where she is finally facing and embracing herself.

Both tracks are a preview to the duo’s forthcoming debut album, Confessions. Featuring 10 tracks, the LP is described by Ana as a “journey that leads us to being who we are when no one is watching…

Confessions will be available this June 2021.