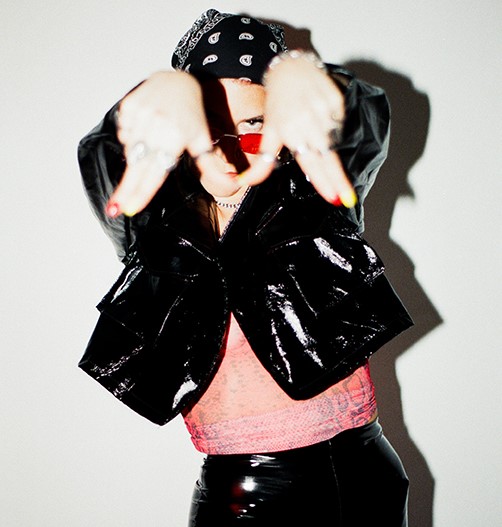 There’s no question about it: Canadian blues rocker Melanie? says “Be Careful With My Heart” in this, her latest single.

Adding to her 500,000+ streams and counting, the new bluesy pop ballad is chocked full of emotion, tasty guitar leads and a simple, yet groovy bass line. It’s all par for the musical course for the Toronto-based artist (nee Melanie Goldman) who Clash Magazine recently described as “defiant in her outlook, staunch in her approach, and completely, utterly ruthless in her execution.”

Melanie? says her music has been influenced overall by not only a variety of classic rock legends like Robert Plant and Kurt Cobain, but modern trailblazers as well, such as Alabama Shakes, the Marcus King Band and the legendary Leon Bridges. The avid mental health advocate describes her overall sound as not just “rock,” but “blues,” “pop,” “growth” and “self-love.”

As a psychotherapist in training and an avid mental health advocate, Melanie? understands the importance of keeping healthy and staying productive during the COVID-19 pandemic, which is why she’s been focused so hard on making music for her fans.

In addition to that, she launched a fundraiser last May to help support the Unison Benevolent fund’s COVID-19 Relief Project by selling masks with her own logo on them. 100% of proceeds went to the cause and helped her well surpass a $10,000 CAD goal; to help out with the good cause, Spotify pledged to match every donation dollar for dollar and in the end, helped raise a whopping $15,000 overall.

Though Melanie?’s Masks for Music fundraiser is now closed, for those who missed out on the masks, they are still available to order via Melanie?’s GoFundMe page.

Prior to the Mask for Music campaign, Melanie? released 2020’s “Love Sucks” as a Valentine’s Day single for her fans. The groovy and infectious foot-tapping tune followed the release of the homegrown Ontarian’s 2019 debut single, “Yeah Yeah.” On top of that, Melanie? has a trio of demos for fans to hear on her official website.