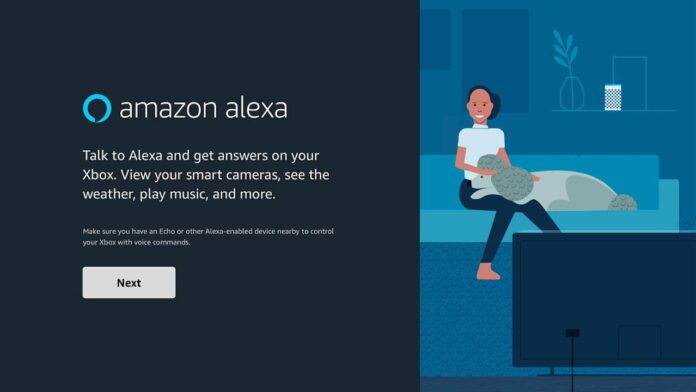 Today, Amazon announced Alexa for Xbox in the US and Canada, a new app that enables Xbox Series X and Xbox Series S customers to enjoy visual Alexa features on their TV screen and unlock more ways to interact with Xbox consoles using their voice.

By connecting an Amazon Echo or compatible Alexa device with the Alexa for Xbox app, customers can use Alexa to turn their console on and off, play and pause shows, movies, or videos, record during gameplay, connect with friends, and control many other Xbox functions.

Here is a snapshot of the voice commands available to Xbox customers on Alexa for Xbox:

Additionally, Xbox customers can now enjoy a range of visual Alexa experiences on their TVs while using their console with the Alexa for Xbox app – allowing them to play music, view their smart home cameras, and even keep an eye on email between gaming sessions, and more, using Alexa.

Alexa for Xbox will be available for download on all Xbox One and Xbox Series X|S consoles in the coming days.