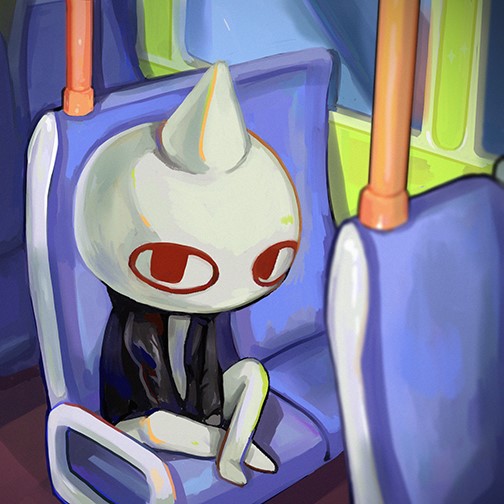 Upbeat, futuristic, and slightly surreal: It’s electro art-pop project David Poole’s world, and by the sounds of his new EP, DPEP, and single “I’m a Snake,” we’re lucky to be spinning in it.

The world, to be specific, is Readymade Utopia (wherein lies Three Cloud City, the home of David Poole), and David Poole, to be clear, is the brainchild of Chicago-based Thomas Thurlow and Kate Nikles. The duo created the artist that is David Poole in 2018 as the flagship musician to represent the Readymade Utopia label. “We’re not just making art and music,” Nikles says. “We’re building a world.”

With singles “Mother,” “Christmas Hurts,” “Perfect Record,” and “I’m a Snake” already released, DPEP runs with the ‘ringtone’-like sound Thurlow, Nikles, and Readymade Utopia have crafted for Poole — and then some.

“I began the process of recording DPEP by experimenting with sound,” Thurlow shares. “Because the songs are taking place within the world of Readymade Utopia, I wanted to create new sounds that are unlike anything we hear in our world.

“I experimented with a number of production processes while building the texture of the release,” He continues. “That’s how I discovered what I call ‘Recursive Sound Interpretation.’ In this process, a section of a song is interpreted as midi data before being consolidated into audio again. The audio is then read to midi another time to create a computer’s rendering of what the part once was.

“I used this Recursive Sound Interpretation throughout the EP, but you can hear it best on ‘I’m a Snake.’

“It helps show the listener what David’s life in Three Cloud City feels like,” he continues, explaining the otherworldly, genre-bending undertones the songs demonstrate. “I’m not creating music about David Poole and his world, I’m creating the music that David is making in his world. David Poole’s work exists both within this world, and helps expand this world.

“Through David, I’m fashioning sonic landscapes that are not just unique to Readymade Utopia, but also unique to the character, his life, and the way he wants to tell his story. Through electronic dance floor rhythms, immersive soundscapes, and lyrics that use imagery and wordplay to propel a narrative, Poole’s struggles and triumphs as an up-and-coming musician in Three Cloud City start to come to life.”

It’s through these stories that the project’s true vision comes into focus as the mixed media project serves to tell tales through the mediums of words, images, and sounds; the Readymade Utopia team position their work to explore how different forms of media can be combined to create worlds for their musicians to ‘live’ in, as well as how that fabricated environment impacts the way listeners experience its music. “Storytelling is at the core of everything we do,” Thurlow shares. “That also holds true for each of the songs on DPEP.

“I wanted to use sounds to not only create music that embodies the world of Readymade Utopia, but that tell relatable, real stories. Every sound we hear conjures deeply personal emotions, or brings us back to a formative memory — even if we don’t realize it.”