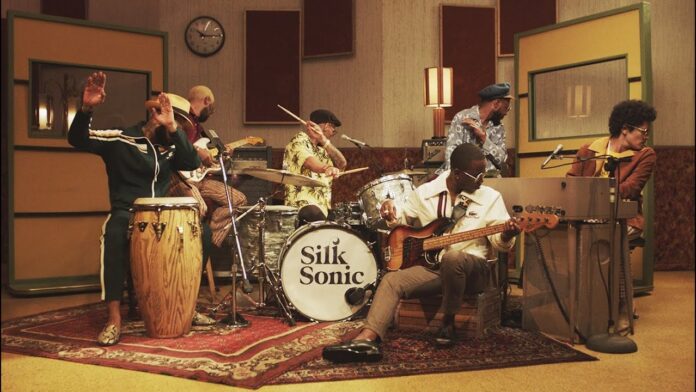 Multiple GRAMMY®Award winners Bruno Mars & Anderson .Paak today released the first single, “Leave the Door Open” from their highly anticipated new collaboration, Silk Sonic. Named Silk Sonic by the legendary Bootsy Collins, Bruno and Anderson have come together to create the setlist of doom. “Leave The Door Open” was produced by Mars and D’Mile, and written by Bruno, Anderson, D’Mile and Brody Brown.

“Leave the Door Open” is available everywhere today along with a very special intro track featuring special guest host Bootsy Collins. The official music video for “Leave The Door Open” is streaming now on YouTube. Silk Sonic’s debut album, AN EVENING WITH SILK SONIC will be available later this year.