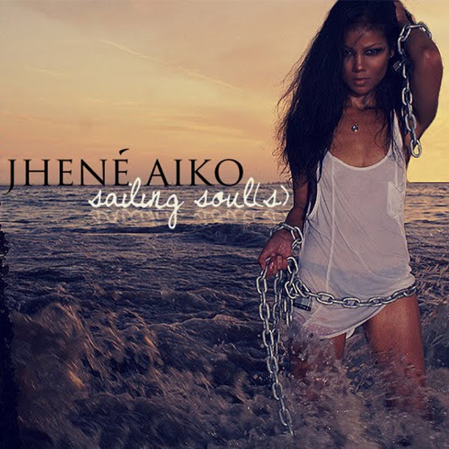 Six-time Grammy-nominated multi-platinum singer/songwriter Jhené Aiko celebrates her birthday and the anniversary of her certified platinum ‘Album Of The Year’ nominee Chilombo with a ‘thank you’ to her loyal fans for an amazing journey: the commercial debut of her legendary first mixtape, Sailing Soul(s).

On its tenth anniversary, Sailing Soul(s) will be available on DSPs for the very first time ever on March 12, 2021.

Fast-forward ten years and millions of records sold, and Jhené Aiko has crowned a breakthrough year with three Grammy® Award nominations, with Chilombo earning nods as Album Of The Year and Best Progressive R&B Album; and “Lightning & Thunder” featuring John Legend nominated for Best R&B Performance. Jhené was recently announced as host of the 63rd annual Grammy® Awards Premiere Ceremony, to be livestreamed via Grammy.com on Sunday, March 14.

The one-year-old Chilombo, originally released on March 6, 2020, made chart history as the biggest Billboard R&B debut from a female artist since Beyonce’s Lemonade in 2016. Chilombo topped the Billboard R&B chart at #1 not once but twice in 2020, and has garnered over 2 billion streams worldwide.

Chilombo has spun off five gold and platinum singles: “Triggered (freestyle),” “None Of Your Concern” featuring Big Sean, “P’$$Y Fairy (OTW)”, “Happiness Over Everything (H.O.E.)” featuring Miguel & Future, “B.S.” featuring H.E.R., and the most recent “Born Tired”. “B.S.” went to #1 at both urban and rhythm radio, and Jhené currently dominates those formats with guest appearances on recent singles from Big Sean, Ty Dolla $ign, and Saweetie.