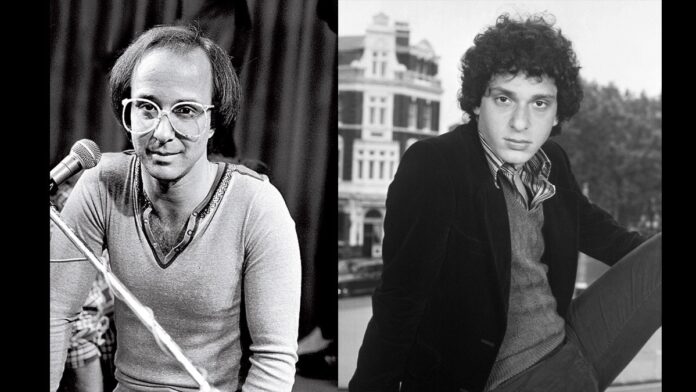 The Canadian Songwriters Hall of Fame is pleased to announce the song induction of It’s Raining Men, one of the most iconic dance tracks that defined the disco era and transcended boundaries. The song was co-penned in 1979 by Paul Shaffer and Paul Jabara, whose trademark disco musicality made him the go-to songwriter of 70s and 80s, and hitmaker for Donna Summer among others. The zany concept of a deluge of men raining down from the heavens, led to It’s Raining Men (despite being written from a woman’s point of view and sung by The Weather Girls) becoming a huge hit in the gay community, as Jabara had intended; and its tongue-in-cheek playfulness eventually unleashed a downpour of mainstream success for years to come.

“Of all the honours one can receive, recognition from one’s home country is the most meaningful. I know my late co-author, Paul Jabara, is proud of me as I thank the Canadian Songwriters Hall of Fame for auspiciously acknowledging our song, It’s Raining Men,” said Paul Shaffer.

Paul Jabara conceived the idea for It’s Raining Men in 1979 for disco queen Donna Summer, for whom he had written her other chart-topping hits, Last Dance and No More Tears. He called upon the affable keyboardist Paul Shaffer, who had done some arranging for him, and invited him to compose the music. As Shaffer told the CBC, Jabara said, “You worked so hard as an arranger; I want you to write this one with me.” Shaffer enthusiastically responded, “I’ll be right over!” — and the duo completed the song that afternoon.

Undeterred by the fact that true-believer Summer had turned down the song on the grounds of it being blasphemous, Jabara recorded it as an instrumental which he shopped to various high-profile singers until he found the perfect vocalists in Martha Wash and Izora Armstead, of the appropriately-named vocal duo Two Tons O’ Fun, who already had some disco hits under their belts. Wash’s voice was a tour de force, and her powerful bluesy-gospel delivery took the song to new heights beyond pop, dance, and disco, into the R&B genre.

Produced by Jabara and Bob Esty, the recording for It’s Raining Men was released in 1982 on the Columbia label, and was an instant dance hit. By December, the infectious song was No. 1 on Billboard’s Dance Club Songs chart, in addition to reaching No. 34 on Billboard’s Hot R&B/Hiphop chart and No. 46 on its Hot 100 chart.

It was the song’s campy music video that propelled its success to the mainstream. Wash and Armstead had renamed themselves The Weather Girls, and the music video featured men in raincoats and skimpy briefs as they rained down during a weather forecast. The light-hearted video was perfectly suited for the new platform called MTV, which had just launched the previous year, to gain a whole new audience for the song.