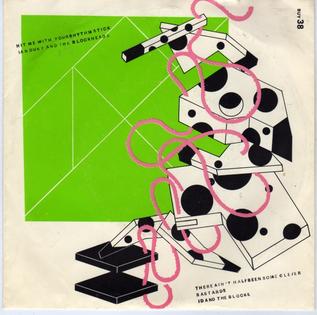 With its distinctive 16-notes-to-the-bar bassline and unashamedly honky sax solo (played on two saxes at once), Ian Dury and the Blockheads’ “Hit Me with Your Rhythm Stick” was named the 12th best single of 1978 by the writers of British music magazine NME, and best single of 1979 in the annual ‘Pazz & Jop’ poll organised by music critic Robert Christgau in The Village Voice. It was also named the 3rd best post-punk 7″ ever made by Fact magazine. By September 2017, it had sold over 1.29 million copies in the UK, making it the 114th biggest selling single of all time in the UK.