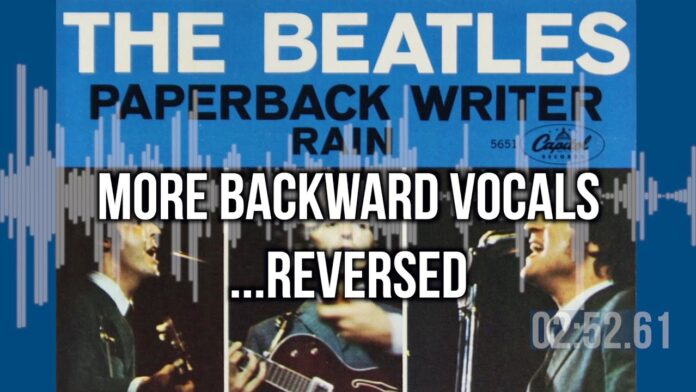 55 years ago this week, The Beatles entered EMI Abbey Road Studios for what would arguably be the most revolutionary week of their recording career. Working closely with their beloved producer George Martin and an eager young EMI engineer named Geoff Emerick, the band developed a slew of innovative new techniques that would forever change their sound and the sound of pop music.

The song “Rain”, born out of these sessions and released as the B-side to Paperback Writer in mid-1966, would be the world’s first glimpse into the brilliant new ideas and sounds that burst forth on the landmark Revolver album in August 1966.