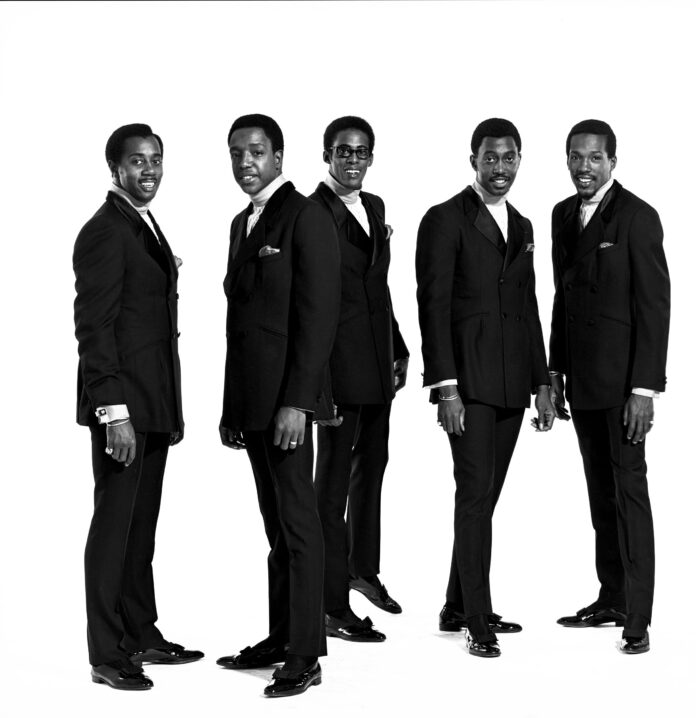 Motown/UMe is pleased to announce the kickoff of the 60th Anniversary celebration of the legendary, Grammy Award-Winning Temptations. The Temptations are one of the most revered and prolific musical institutions of all time. Motown luminaries, The Temptations, are today, one of the most iconic, bestselling brands in the entertainment world. With Otis Williams, the founding and sole surviving member of The Temptations, their popularity is ever-increasing and their track record of continuing to sell decades worth of history-making music is breathtaking.

Now 60 years later on May 15th, 2021, to commemorate and mark this historic occasion, the Temptations’ 60th Anniversary campaign is being launched and will run through June 2022. The year-long campaign includes national and international concert tours, an upcoming Anniversary album, new video series, and celebratory events along the way, including the re-opening on October 16th of the Broadway musical, Ain’t Too Proud: The Life and Times of the Temptations, based on Otis Williams ‘personal journey plus recognition of Otis Williams’ 80th birthday on October 30th.

The Temptations’ 60-year legacy spans generations. What began in Detroit in 1961, when a remarkable combination of soulful voices united, was the genesis of an epic journey that has introduced multiple superstars to the world and produced some of the greatest musical masterpieces in the Modern Era.

Otis Williams stated, “I’ve been blessed to take this journey with Shelly Berger, my manager and dear brother, and with all my brothers-the Temptations. Now, to be the last one standing from the classic lineups can be hard sometimes, but I know God left me here for a reason, and that was to continue to share with new generations of fans, the great music that we started back in that two-story house in Detroit, known as Hitsville USA. Music is a universal language, and I know our music, throughout the years has brought people joy, comfort and sometimes even hope. I truly hope that was our greater purpose on earth. Some of the greatest moments in my life have been watching countless fans, from different walks of life worldwide, come together around any one of our songs. Reaching this milestone in my career hasn’t always been easy but it’s gratifying to know that our fans have always been there, every step of the way. I am truly grateful to each and every one of them. We, plan to go back on tour later this summer and, me and my brothers, Ron Tyson and Terry Weeks, Temptations for the past 38 years and 24 years respectively, along with Willie Greene, Jr., and Mario Corbino look forward to sharing this special anniversary with all of you.”

President & CEO, UMe Bruce Resnikoff said, “The Temptations evolution during the 20th and 21st centuries is one of the greatest American music stories of our generation.  They are among the most legendary artists in the business, and their meteoric rise to superstardom exceeded all expectations and changed the course of music history, here and around the world. It is a tremendous honor to recognize not only the group’s legacy, artistry and distinguished catalog of music, but also the sole-surviving member of the classic group, Otis Williams, who continues to carry the torch forward for fans today.”

Shelly Berger, the Temptations long-time manager, added, “This is a landmark moment. We wish to thank the venerable Bruce Resnikoff for taking this journey with us and for years of unwavering support. This trailblazing experience with the Temptations, and Otis in particular, is still exhilarating and rewarding sixty years later. To work with a group as gifted as the Temptations, I quickly realized early on that I was at the epicenter of music entertainment globally. Our journey together, throughout the group’s evolution, has been and continues to be a treasure trove of memorable experiences. The Temptations’ music is timeless, and Otis’ tenacity, genius and vision has been the glue that has remained at the heart of the group since the very beginning.”

The Temptations story is undeniably, a road map through American history. The group’s distinguished heritage, influence and contributions to African American and American culture in general, and to the global music landscape is awe-inspiring. The Temptations were pioneers. They were among the first African American groups on mainstream television programs in the 60’s.  The phenomenal television exposure popularized their music and coupled with the support of DJ’s across the country, led to chart-topping success, not only on R&B lists but on Billboard Hot 100 charts too. On their renowned Motortown Revue bus tours during the height of the civil rights and voting rights movements, they often faced racism and discrimination first-hand, but they were not detoured. Instead, they raised their voices with songs that were socially relevant in the country. Many of those songs are still meaningful today. Their songs were also an inspiration to American soldiers fighting in the Vietnam War. Quite often, on concert tours, the Temptations are welcomed by Military Veterans sharing stories about the inspiring effect of their music.

In the 70’s, the rising Black middle class fueled growth in arts and entertainment for Black Artists and the Temptations were among the groups at the forefront of that wave. Their influence on mainstream and global artists, such as the Beatles, Rolling Stones, Bob Dylan, Tina Turner, Annie Lennox, Jose Feliciano, and others, is notable. Artists who have recorded Temptations’ songs these past 60 years reads like a “Who’s Who” of the music recording industry. By the 80’s, the Temptations’ resilience is visible and singular. They launch a reunion tour that unites David Ruffin and Eddie Kendricks with the lineup at the time, and headline on the Motown 25: Yesterday, Today, Forever network television special. Before the decade is out, they are inducted into the Rock and Roll Hall of Fame.

As the 20th Century nears its end, the Temptations send a message to the world that they like their album Phoenix Rising, will keep rising up and singing their way into the hearts of fans. They win several more awards and both “My Girl,” what many call their magnum opus, and “Papa Was A Rollin’ Stone” are inducted into the Grammy Hall of Fame, in 1998 and 1999, respectively. In the decades to follow in the 21st Century, the group is awarded their fourth GRAMMY for their “Top 20” R&B chart album, Ear-Resistible, awarded Best Traditional R&B Vocal Performance and they receive a Grammy Lifetime Achievement Award, the group’s fifth GRAMMY.

In addition to The Temptations’ phenomenal catalog of music, it is worth noting that the group’s famous choreography, sophisticated style and wardrobe revolutionized stage performance in the music world forever. Their famous trademarks, the Temptations’ walk, and the well-known four-headed microphone, both inventions of their own, are indelibly stamped on their enduring legacy for eternity.