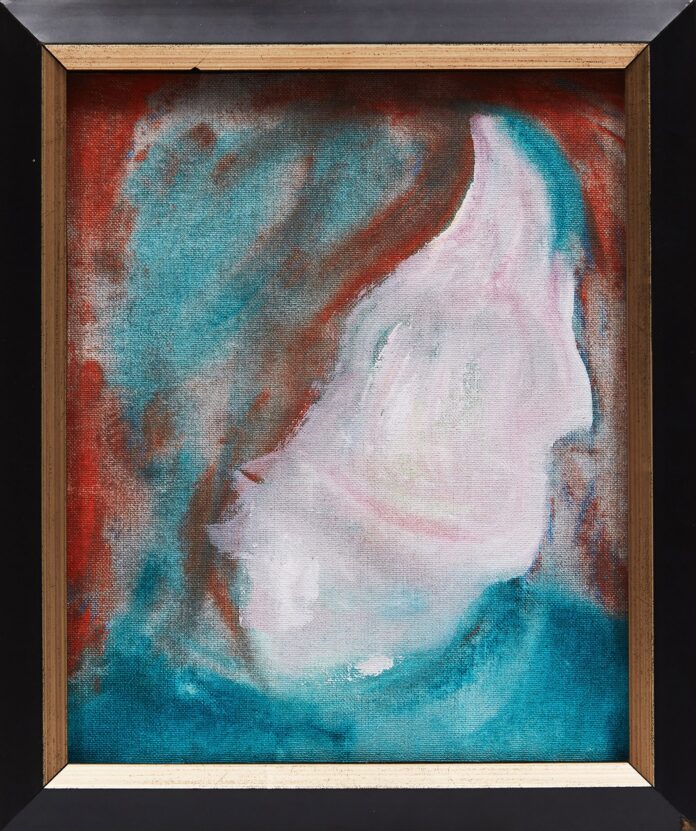 Cowley Abbott is pleased to debut an exciting artwork to collectors and fans of David Bowie in its Online Auction of International Art, June 15 – 24. D Head XLVI was found in the most unexpected place: a donation centre for household goods in Northern Ontario, just south of North Bay. The chance discovery of this treasure within a pile of unwanted goods is quite remarkable. The consignor of the painting was astonished upon viewing a label which read “David Bowie” and realizing it was the signature of the artist inscribed on the reverse. After conducting thorough research, which included correspondence with a David Bowie art and signature specialist in the United Kingdom, Cowley Abbott was able to confirm that the painting is indeed by the famous artist and part of a series that he completed in the 1990s.

Many people may not know that Bowie enjoyed painting, and between 1994 and 1997 he created a series of approximately 45 works on canvas which he titled Dead Heads (or D Heads), each with a different non-sequential Roman numeral. The sitters ranged from band members, friends and acquaintances and there were also some self-portraits. It has been suggested that, for some of these important paintings, Bowie drew inspiration from the Ziggy Stardust era. With long hair and a pronounced profile, this energetic and enigmatic portrait is truly a rare representation from a celebrated artist.