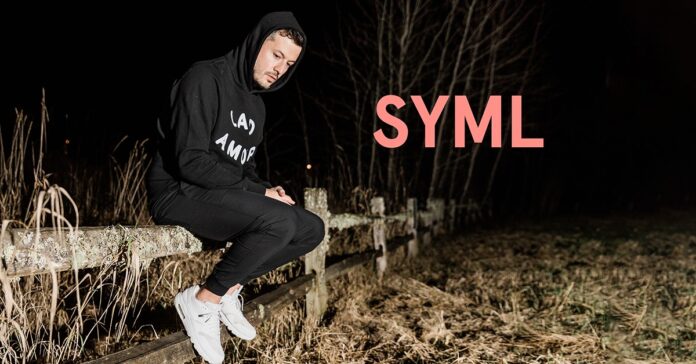 SYML, the solo project of singer, songwriter, and producer Brian Fennell, is excited to announce he will return to Canada this fall for a run of shows. The tour will launch on November 4th in Vancouver and will hit Victoria, Winnipeg, and Calgary before wrapping in Edmonton on November 13th. Tickets will go on sale on June 25th. A full list of dates can be found below.

Fennell adds, “I was looking forward to my first shows in Calgary, Edmonton, and Winnipeg last spring before everything shut down. Like many artists, we had to cancel that tour in the interest of safety, so it brings me joy to announce that my first shows back will be in Western Canada. In addition to finally making it to Calgary, Edmonton, and Winnipeg, I’ve added shows in beautiful Victoria and Vancouver as well. I’ll be joined by my friend Brian Eichelberger, who some of you may have seen on the St. Marks live stream, and The Franklin Electric will be opening each show.”

The tour is in support of his newly released EP DIM. SYML calls the record a “loss exploration,” and through its five tracks meditates on the various forms that grief can take. DIM finds SYML working for the first time with an outside producer, Paul Meany (Twenty One Pilots), with additional mixing support from Joe Visciano (SZA, Earl Sweatshirt). He debuted a live performance of the title track with “The Late Show with Stephen Colbert” for their #PlayAtHome series.

Brian Fennell is a self-taught producer, programmer, and engineer as well as guitarist, percussionist, and classically trained pianist with deep roots in the Pacific Northwest. SYML, Welsh for ‘simple’ and pronounced ‘sim-muhl,’ is Fennell’s solo project after departing from the Seattle indie-rock band Barcelona, which he started shortly after college and toured with for over a decade. He shared his self-titled debut in 2019 with the now Platinum-certified single “Where’s My Love” and the wordless EP You Knew It Was Me in November 2020.