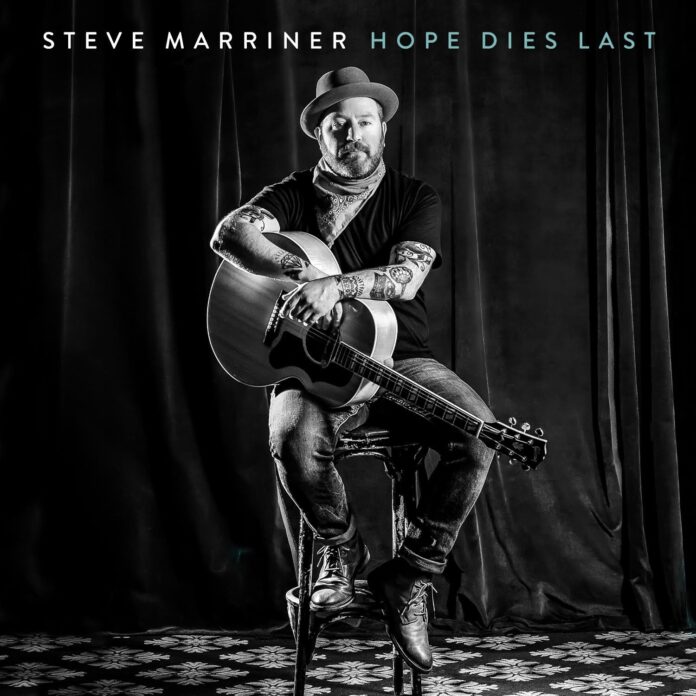 Crafted through COVID — and inspired by years on the road, and back — the 10-track full-length is available this July 2 via Stony Plain Records. It explores not only an evolving sound for the ever-busy artist, but an ever-expanding skill set as well.

“I like to be on the move,” Marriner shares, who took on engineering the project. “To me, standing still feels the same as walking backwards; not only is it a survival mechanism, but it truly is my passion to have my hands in so many different projects. There’s just so much to learn, and it’s that learning that sustains me as an artist.

“I had decided a couple of weeks into the pandemic that I would use my new-found downtime to learn how to engineer and mix recordings,” he continues. “It’s something I’ve always wanted to know how to do; I’d been producing records and doing session work for a bunch of artists, and I’ve sat beside some incredible engineers in my career… Turns out, I absorbed a ton of what I was witnessing.”

A multi-award winning and esteemed solo artist, multi-instrumentalist, songwriter, and producer in his own right, Hope Dies Last is Marriner’s second solo release; Going Up was released in 2007.

In addition, he has performed extensively with the likes of Colin James, Paul Reddick, Samantha Martin, Delta Sugar, Lee Holmes, and more, is one-half of Manx Marriner Mainline with Harry Manx, and one-third of the JUNO and Maple Blues Award-winning trio MonkeyJunk.

“Hope Dies Last is different from a MonkeyJunk record in a multitude of ways,” Marriner reveals. “On MonkeyJunk records, the sounds are created largely by Matt Sobb, Tony D., and myself. On Hope Dies Last, there are 15 other musicians who have lent their extraordinary talents to the creation of this project.

“Throughout the summer, Jimmy Bowskill and I did a ton of sonic experimenting; tinkering; listening,” he continues, noting the multi-awarded blues-rocker, lead guitarist for The Sheepdogs, and recording engineer at Ganaraska Recording Company. “Stylistically, I’m exploring some territory closer to Americana that I haven’t visited yet.

“There’s lots of rocking on this release, but there are some pretty tender moments as well; it felt good to get low.”