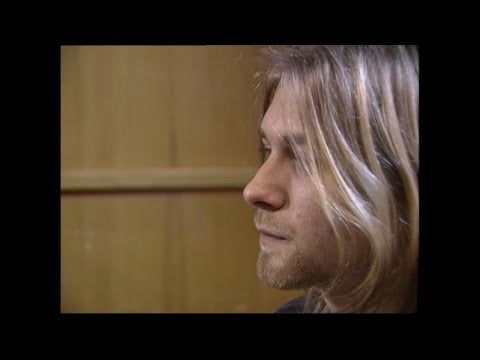 The early members of Nirvana – Kurt Cobain, Krist Novoselic, and Chad Channing – sat down in the Husky Union Building at the University of Washington Seattle with Matt Emery of Air Waves in 1990, and although the interview was filmed for KIRO-7, it never made it to air.

Emery asked each member to define what Nirvana meant to them.

Matt Emery: What and who is Nirvana

Krist Novoselic: Nirvana’s three guys from Puget Sound area Olympia, Bainbridge Island, and Tacoma. Nirvana is a seven letter word and Nirvana is a as a concept.

Chad Channing: Nirvana are three people, Me and my two friends Kurt and Krist. Nirvana, well like, even the meaning, it’s kind of like the freedom from all pain and desire. You know, just a perfect place between peace and your mind I guess.