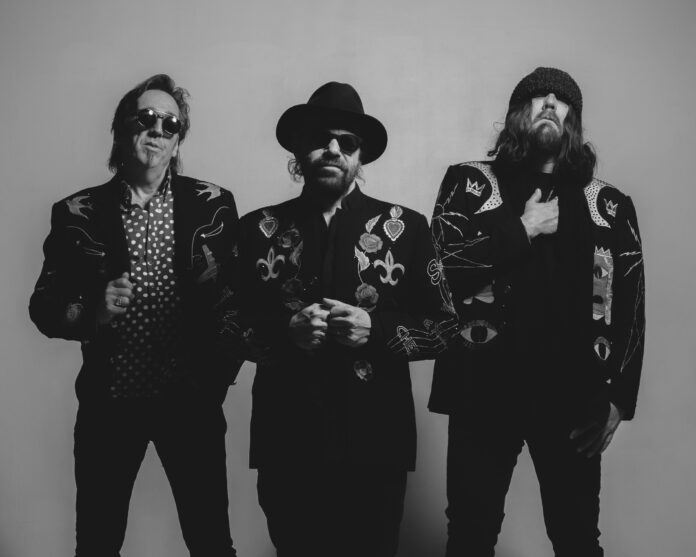 One of North America’s most esteemed musical collectives, Blackie and the Rodeo Kings, have announced the release of their 11th studio album, O Glory, on July 8 (PRE-ORDER/SAVE/ADD). Lead single “O Glory Lost Those Blues Again” – a wistful corker powered by the testimonial hum of organ behind Tom Wilson and Colin Linden’s shared vocals – is available today, along with an official lyric video.

The band will hit the road for some summer festival shows and their own fall headlining Canadian tour, made up of some rescheduled dates plus newly announced dates. A complete list of shows already announced can be found below with a few more still to be announced in the coming weeks.

If any band was uniquely positioned to withstand the impossible demands made by despicable COVID-19, it was Blackie and the Rodeo Kings. The proof is in their blazing new album, O Glory. While much of the planet struggled to find new ways of working, singer/songwriter and guitarists Stephen Fearing, Colin Linden, and Tom Wilson coolly leveraged the flexibility that’s sustained them for 25 years, sheltering in their respective home bases of Victoria, BC, Nashville, TN, and Hamilton, ON, while using technology to bridge the chasm separating them from each other and from their rhythm section of Gary Craig and John Dymond.

With Linden producing from his Nashville digs, Blackie and the Rodeo Kings wrote and recorded 13 alternately roots-rock, folk, country, and Americana-style songs, ultimately crafting what Linden confirms is the band’s most “spiritual and political” musical statement to date.

Adds Fearing, “Like a lot of musicians, after the initial shock of the pandemic lockdown, the impetus became finding ways to connect with the world. Technology has come so far in the last few years, and it has made remote recording possible. I pounced on it. Colin gave me a lot of advice and took charge musically. It was then a matter of coming up with songs and getting them to each other.”

As they have since forming as a one-off to honour late folk hero Willie P. Bennett — continuing as smitten audiences demanded it — the JUNO Award–winning Blackie and the Rodeo Kings chase musical excellence while having a ball playing with their friends. Talk about a great gig.