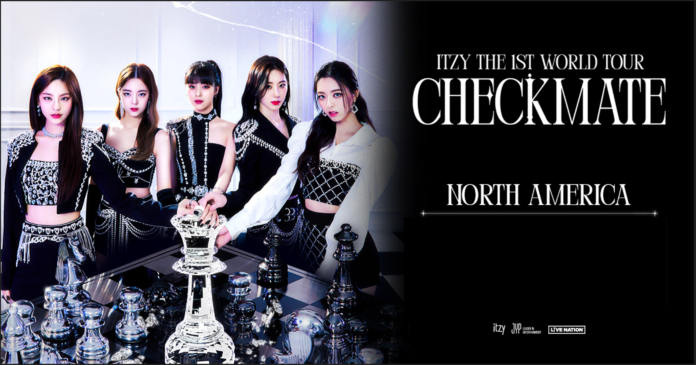 ebuted on February 12, 2019, ITZY is a 5-member girl group, consist of Yeji, Lia, Ryujin, Chaeryeong and Yuna under JYP Entertainment. With their first single album “IT’z Different” ITZY was the first K-pop idol to win both the Rookie Award and the Digital Song Award with their debut song. In 2020, ITZY received total of 15 rookie awards which made them the K-POP group with the greatest number of rookie awards.

ITZY’s coming back with “CHECKMATE” which is the group’s fifth mini-album. ITZY’s last release “Crazy In Love” which landed at 11th on the U.S. Billboard’s main albums chart, its highest chart position ever in 2021 and leading them to receiving 2021 Asia Artist Awards’ Best Musician award.

ITZY, the queens of 4th generation of K-POP has come back to the track with their first release of 2022 and their very first world tour