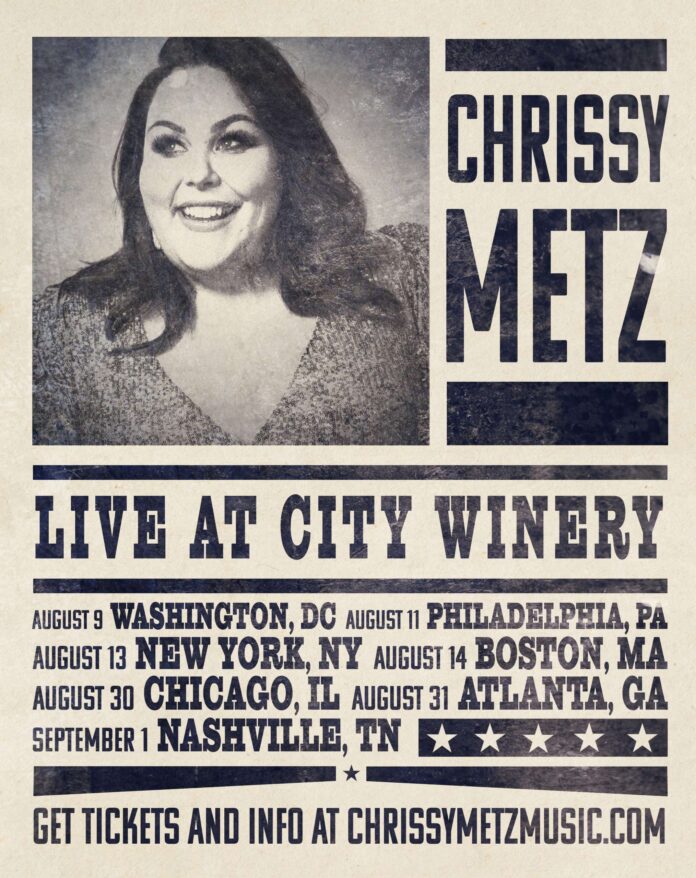 Chrissy signed a recording contract shortly following her starring role in the 20th Century Fox Breakthrough movie and soundtrack featuring her performance of the Oscar-nominated track, “I’m Standing With You.” While an award-winning actress well known for her role as “Kate Pearson” on NBC’s This Is Us, Metz has always called music her “first love.”

When not on a tv or film set, Metz spends much of her time in Nashville writing and recording music. She has performed on famed stages from the Grand Ole Opry to the Bluebird Cafe. Find Metz’s music including “Girl Go,” “Feel Good,” Talking To God,” “Actress”