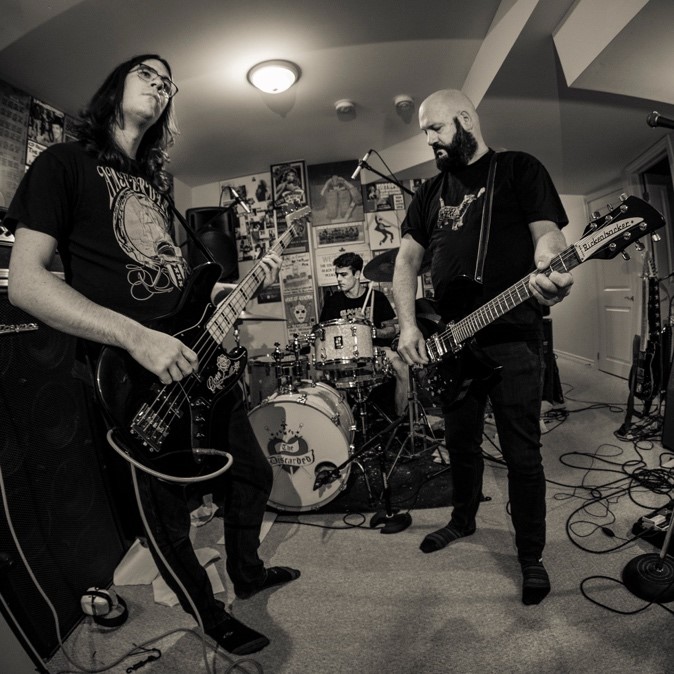 The human cost of political inaction on gun violence and the meaningless “Thoughts and Prayers” from leaders that follow inevitable tragedy is the subject of Orangeville, Ontario-based rock band The Discarded and their provocative new single.

Inspired by the heavy toll and senselessness of gun violence across North America and the family unit within the band, The Discarded’s latest song, “Thoughts and Prayers,” accompanies a collection of exquisitely constructed tracks on the highly anticipated new album and soundtrack to the upcoming animated feature film, “The Getgoes.” The new record was produced, engineered, and mixed by JUNO award-winner and founder/owner of Green Door Studios, John Critchley (Elliott BROOD, Dan Mangan).

“Thoughts and Prayers” was initially conceived by veteran rocker and guitarist/vocalist for The Discarded, J.P Wasson, after the shooting at the Parkland high school rocked the community. The song calls out politicians who have chosen not to use their power to keep communities safe and instead offer thoughts and prayers in the wake of catastrophe.

As Wasson says, “Sadly, the relevance of the song has not diminished since that time nor the use of the platitude.” Emotions run high on “Thoughts and Prayers” as Wasson plays alongside his two sons, who began playing and honing their craft at the ages of 13-and 17-years-old.

“There is a unique family bond between us that transcends into the unspoken communication and creation of our music.”

Wasson explains that they intuitively pick up on one another’s playing to form a sound that is more than the sum of its parts. Caden Jax Wasson provides the earth-shattering percussion for The Discarded, and his brother Jared Dean Wasson nourishes the band’s grooviness on bass.

While the song came together over a couple of weeks, the band’s family dynamic is what drove home the messaging in the lyrics. The vocals on the track are further enhanced with an appearance by singer/songwriter Carmen Toth. “Thoughts and Prayers” is a complex symmetry of intricate rock melodies and a visceral social commentary that pulls no punches.

“The mentally ill with killing tools
You could stop that you spineless fool
You have the means to protect the lambs
Instead you choose the blood on your hands.”

Chaperoning the forthcoming album is the official music video for “Thoughts and Prayers.” The animated video introduces audiences to Peter Guindon’s psychedelic art style and The Discarded’s sound. The unique audio/visual fusion forms the basis for the upcoming full-length feature film, “The Getgoes,” which will be released later this year.

J.P. (Joel) Wasson, Caden Jax Wasson, and Jared Dean Wasson have entertained fans across southern Ontario since their formation in 2016. The Discarded builds off J.P’s formidable years drumming and singing for bands such as Fifth Column and Snowdogs throughout the ‘90s. Spending countless hours tightening their act as a family, The Discarded released four albums and one EP on top of nearly 100 live shows under their belt. Notable performances include opening for The Sonics at Toronto’s Danforth Music Hall and Teenage Head at Hamilton’s This Ain’t Hollywood.