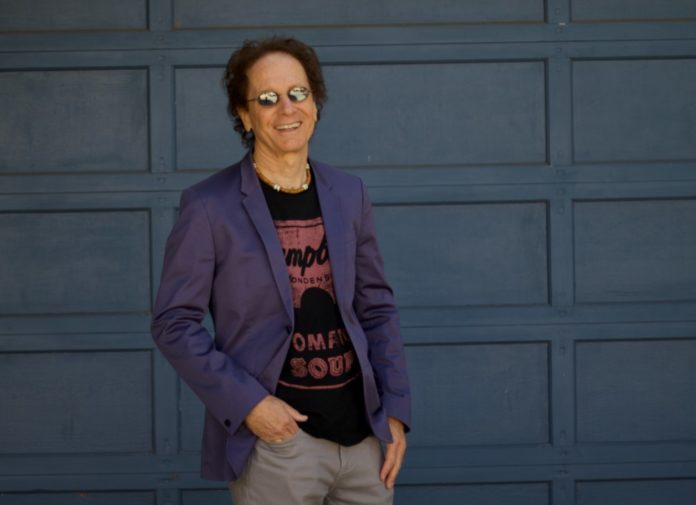 Sometimes the worst – and best – part of a breakup can be that golden, sun-kissed “highlight reel” playing over and over in your mind as you remember the good times. Singer-songwriter Peter Foldy understands this deeply, and his new single “Fun, Fun, Fun” – available now – gives us easy, breezy, mellow beats over the sunny sadness.

Summery and island-y with smooth vocals and an infectious singalong chorus, “Fun, Fun, Fun” tells the story of spontaneous getaways, exotic vacations, and languid meals with lots of wine and laughter:

We used to have fun, fun, fun
Doing the things we do
Used to be all for one
Baby, just me and you

And yet because it’s in the past tense, we know where this is going to go, no? Sadly, yes. Soon, the protagonist is picking up the pieces, and trying to find a way to begin again. And so he tries bargaining: “Get us back together/ Girl, come on let’s start again.” But that doesn’t work – and it rarely ever does – and so in the end, the narrator is alone, whispering his lover’s name. And yet, ultimately, “Fun, Fun, Fun” is a happy tune, finding contentment in having loved, rather than never having loved at all.

The corresponding lyric video reflects this, depicting two lovers at the height of their romance, frolicking on beaches, in quaint hotel rooms, and at a carnival. “With all that’s going on in the world I wanted to put out something happy,” Foldy said. “A track to make people tap their feet and smile.”

Known for his catchy pop melodies, singer-songwriter Peter Foldy has enjoyed musical success on major labels such as Capitol/EMI Canada as well as Polydor and RCA in the United States. After a successful 10-year run in the music business, which included two Juno Award nominations, Foldy found himself in Los Angeles, where he soon began writing and eventually directing films and working with stars such as Paul Rudd, Beverly D’Angelo and Eugene Levy. But music is a tough mistress to leave behind. Realizing that there was still a fan base out there requesting his songs on Canadian radio, Foldy returned to the studio and recorded a 10-track album titled Nine Lives. Released in 2015, it received favorable reviews from a number of outlets, including the Toronto Star.
Foldy followed up with a couple highly commercial singles, among them the appropriately titled “Toxic World” in 2019 and “Friend-Zone” in 2021, both co-produced with Miklos Malek, who has worked with artists such as Ariana Grande and Jennifer Lopez.