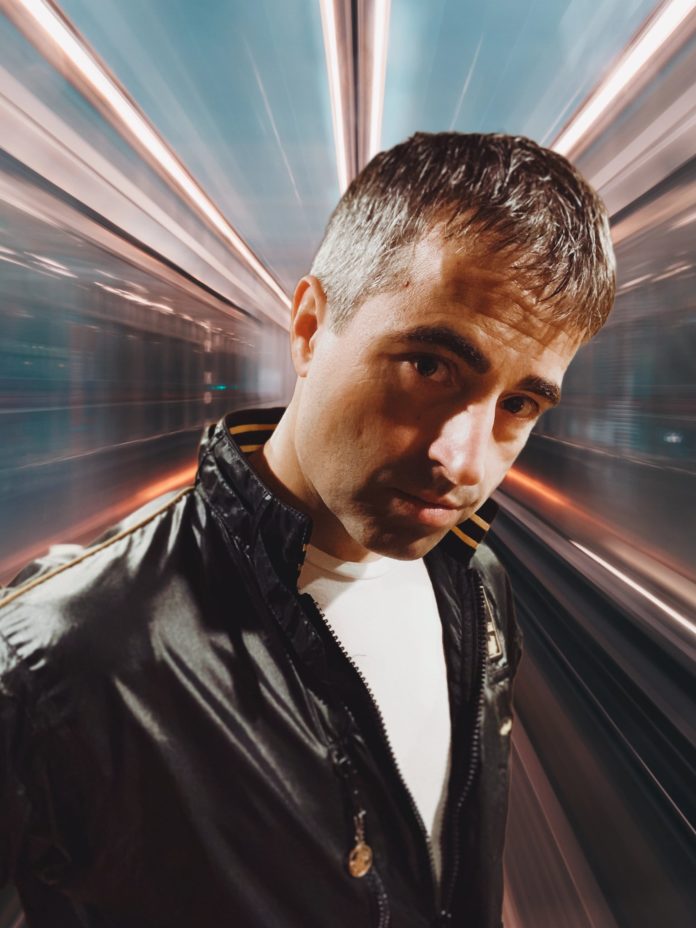 Catchy choruses and funky guitar walks are all too familiar to Waterloo, ON DJ/Producer Christopher Mihas, better known as Moves After Midnight, and his tenacity for electro-funk is captured in his newest single, “I See Right Through You.”

Synth-pop is a form of artistic expression that seems to impact each new generation of music appreciators while leaving a groovy stain on producers who grew up with and work within the genre. Inspired heavily by the music of his youth, Christopher pays homage to 80’s pop-funk music with this electro-funk dance track.

“I See Right Through You” is Christopher’s most recent release under the moniker Moves After Midnight following a string of releases, including October 2021 debut EP Fluorescent Memoirs, and more recently a smash single “Vanity Prayers” in September 2022.

Straying from the norm for the group, Christopher looked to revisit the glory days of 1980’s electronic funk bangers. “I See Right Through You” features sultry vocals accompanied by bone-chilling harmonies tell the tale of supporting and guiding self-destructive loved ones. Funky guitar riffs paired with walking bass lines usher in an infectious chorus that is sure to live in your head rent free for the next six months.

The overall product comes out to be an absolutely smashing electro-funk single.

Moves After Midnight has seen a string of features from a plethora of talented musicians. Despite this, Christopher has found himself drawn to a select few features.

Bartek Milczarczyk holds the title of Moves After Midnights “secret weapon.” A talented guitarist in his own right, Bartek provides instrumentation for “I See Right Through You” while co-writing alongside Christopher. Using Bartek’s solo as the foundation to build from, Christopher recruited Emmellienne to provide the charmingly mystic vocalizations that tie the track together.

Award-winning London based sound engineer Sefi Carmel was brought on board to add the finishing touches to Moves After Midnight’s newest brainchild, providing a master class in mixing and mastering.

The final product is an 80’s synth dreamscape that captures the essence of electro-funk in a charming and infectious manner. In addition, there is plenty of cowbell to go around – so get grooving like it’s 1985.