This is part 29 of an ongoing series where the kind folk of the music business reveal their favourite album of all time.

Terry Makedon, Editor In Chief of T-Mak World
The Dark Side Of The Moon, Pink Floyd 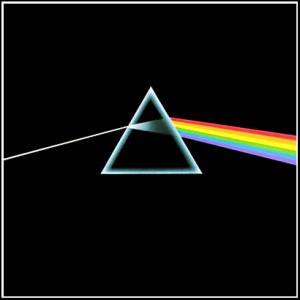 With no hesitation and no doubt in my mind, Pink Floyd’s The Dark Side Of The Moon is the answer. There is clearly a reason why it has sold almost 50 million copies and has been on the Billboard charts for 30 years. If I had a way to prove it, I would bet anything that this album will still be considered a masterpiece 300 years in the future much like we consider Beethoven or Mozart compositions in the same regard. There will be tribute bands trying to accurately reproduce the sounds that Pink Floyd laid down and there will be discussions about how the topics are relevant then. The production techniques of this album are so far ahead of their time that even now most albums can’t come close to the chilling effects and clarity of sound on Dark Side Of The Moon. The album cover is so iconic that it defines the Pink Floyd brand and sets the standard for album covers. Although musically the album is excellent, it are the lyrics and concepts that Roger Waters laid out that take it to a different level.The record gives a bitter description of human mortality in “Time” with a dire warning to not waste your finite time in this world. Greed and commercialism are what “Money” deals with and the wordless “Great Gig In The Sky” always induces goosebumps. Us and Them is a powerful song about war and the manipulation of the masses by those in power. This album has been the soundtrack of my life, and has been with me everywhere – I have a 30+ year tradition that I still follow to this day. Every time I am on vacation at a beach I will put on headphones and start up The Dark Side Of The Moon and spend 43 minutes staring at the waves rolling into the sand and somehow become one with the music. Trippy – but it is Pink Floyd after all. 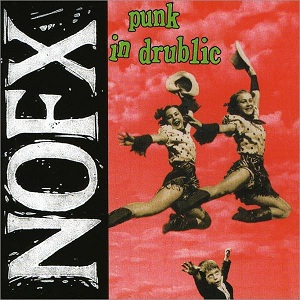 1994 was a great year for music. The year included gems like Weezer’s “Blue Album”, “Roman Candle” by Elliott Smith, and one of my favorite Built to Spill albums, “There’s Nothing Wrong with Love”. It was also the year NOFX released their fifth album “Punk in Drublic”. While the formerly mentioned albums might have more play counts in my iTunes library, the latter had the greater affect on me. This album tackles political topics, racial issues, and even some religious satire. But most importantly, “Punk in Drublic” contains good ol’ fashion punk rock–aggressive guitar riffs, energetic drum beats, and deviant attitude . It’s a complete album from front to back, beginning with the explosive song “Linoleum” and ending with the serene melody of “Scavenger Type”. And it’s best when listened to from start to finish. Which is easy to do since most songs are about two minutes long (don’t be fooled by that seven minute song at the end, most of the runtime is due to the hidden track). “Punk in Drublic” may not be the perfect album nor the one I listen to the most, but it’s one that I never get tired of hearing. 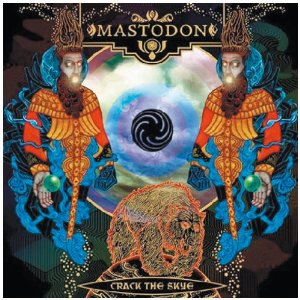 I was 16 years-old when I first heard of Mastodon. In a copy of Rolling Stone magazine, I was introduced to the bearded band and Brent Hind’s gnarly tribal face tattoo. I was immediately sold. I set out to purchase their latest album, without hesitation and without hearing a note of their music.
I don’t consider myself a massive metal fan. You won’t see me in a mosh pit and I certainly don’t know all the detailed sub-genres of the field (Deathgrind anyone?). Yet, Mastodon’s Crack the Skye is an album I don’t think I will ever grow tired of. This gargantuan 7-song concept album by the Atlanta quartet has a concise fluidity from track to track, yet each song feels like an adventure. One is truly sent on a wild ride through space and time with a storyline I still don’t think I fully comprehend (I believe it is about a man is space sucked into a wormhole and then put in the body of Rasputin?) To me, it really opened a wide range of possibilities of what an album can be, despite boundaries placed by its developed genre. The ability to play complex, hard, loud or fast riffs on distorted guitars and drums often defines metal, however this can sometimes limit what emotions can be portrayed. In the process, emotion and “soul” on a metal track can sometimes be lost or simply seen as “2-dimensional”. On Crack the Skye, Mastodon is able to pair sincere emotional displays with intense musical arrangements, giving metal fans their melodic complexity as well as a brand-new listening experience. While the initial purchase may have been an impulse buy, it is still probably one of the best musical purchases I have made. I still find myself coming back to this album with a new appreciation for the music and it’s the tracks.

Ian Gregg, Director of Programming at CFUR Radio, Prince George BC
You’re a Woman, I’m A Machine, Death From Above 1979 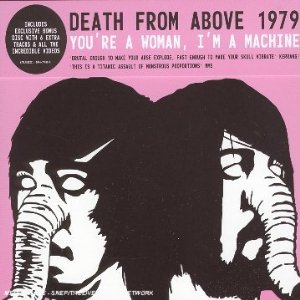 I first heard the single “Romantic Rights” on a late night Much Music show, around the time of night when tracks outside of the top 40 started to play. Rage Against the Machine were under my belt, but a lingering naivety on things like Darude and mainstream rap muddled with my taste as well. I couldn’t figure out what I heard, though I knew I liked it. How was that much sound coming form two people? How was this “rock” song so complex? It wasn’t heavy metal, it wasn’t rock, it wasn’t anything but good. When I tracked down the album after ages of scrounging through northern AB record sellers, I prioritized the purchase above all else, and was quickly rewarded. Romantic Rights became the tip of the iceberg as the rest of the album crashed through my headphones. The rest of my life has been forever better.