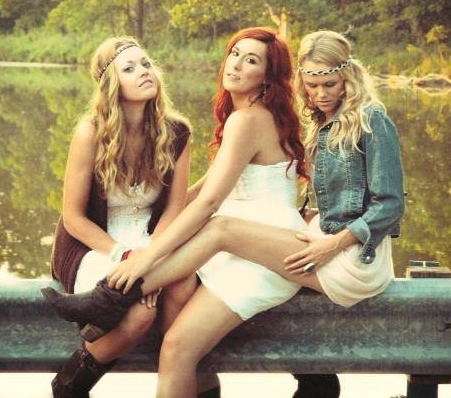 Runaway Angel is a new country trio comprised of long time solo artists Cadence Grace, Stacey Zegers & Ann Chaplin. Blending beautiful harmonies, edgy ideas and an arsenal of fans, Runaway Angel is currently recording their debut EP with renowned producer Jason Barry. This summer they appeared in the Emerging Artist Showcase at Boots & Hearts, and also won opening spots for Dierks Bentley and Tim Hicks at Music in the Fields. They recently inked a YouTube admin deal with Ole’s Digital Division and are working hard on unique online content to share with fans while they prepare for the release of their first radio single in early 2015.

This year has proven to be quite the year for the trio’s members Cadence Grace, Stacey Zegers, and Ann Chaplin. In 2014 alone, the “Angels” have placed in the Top 8 at the Boots & Hearts Music Festival’s Emerging Artist Showcase, signed a YouTube Admin Deal with Ole Music Publishing, and performed all across Southern Ontario.

“What really impresses me about these girls, is not only their talent, but the fact that they work hard and all bring an individual skill set to the group”, says Casadie Pederson of C Sharp. “They are the essence of what being a team means and have achieved a lot over the past year, which speaks volumes. They are incredible vocalists, songwriters, and are fantastic people with hearts of gold and a great sense of humor. I am so looking forward to what the future has in store for Runaway Angel and am proud to be an integral part of their team.”

Runaway Angel adds, “We are so pleased about our new management partnership with Casadie and C Sharp Music Promotions. We were very blessed with an incredible first year as a group and knew in 2015 we would need some special help to truly take Runaway Angel to the next level. Casadie not only has a diverse skill set that we felt complimented our own strengths and weaknesses, but she is an incredibly hard worker with an immense amount of passion. She very strongly understands and supports our goals as artists, which is hugely important to us. We’re very excited for what the future holds!”

In 2015, Runaway Angel will drop their debut single “Run Angel Run”, co-written by Cadence, Stacey, Ann and Nashville songwriting veteran Bruce Wallace. Their debut self-titled EP, which they are currently working on with CCMA Award winner Jason Barry, will drop later in the spring.

In the mean time, the ladies of Runaway Angel are consistently connecting with fans through social media and their YouTube page with a variety of content including behind the scenes, covers and parodies.