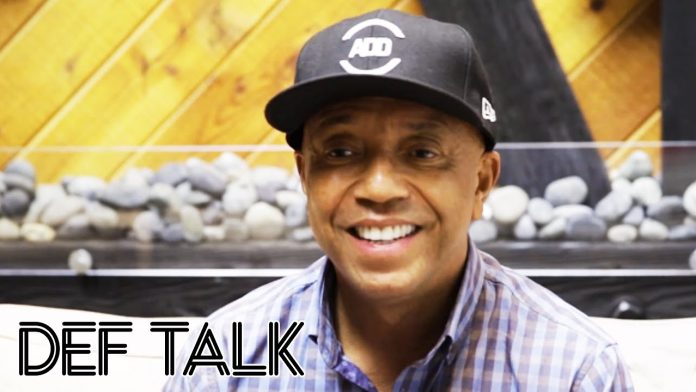 GRAMMY U and All Def Digtial teamed up and interviewed Russell Simmons on the evolution of the music industry – a shift he believes has taken the industry away from a royalty based formula.

“Artists are finding all kind of ways to use their brand to earn money. Being a music star is a lot more than selling records, if not at all. If selling records was what the music business is about they would all move onto something else. They’re not counting their royalties as their income, they’re counting all of the things that they influence, all the multibillion dollar business that their branding and building and affecting. Music is still consumed today more than yesterday, still growing in terms of the way people consume it. More music all the time, it just keeps growing in terms of its influence in society and also its influence in various different businesses. So now that we can’t make royalties off of records we gotta go make them pay, that’s what the music business has to learn to do.

“The game hasn’t changed from a content standpoint. We keep creating content. Our ability to create more content at a cheaper price is obviously a very great advantage for us. People have ADD, I mean literally they have ADD, I’m wearing the hat. All Def Digital, to me, is the place that promotes freedom for artists. New directors, new writers, new artists, music artists, poets. It’s a place where people can express themselves in ways that the gatekeepers wouldn’t allow in the past. We curate it so that we give the best of what’s out there ‘cause it’s the Wild West, there’s just so much on the Internet. Someone has to curate. Someone has to produce. Someone has to mix the creative genius that’s on the Internet with more traditional resources and other talent. We gotta a lot of young, smart people. I’m just watching young, talented people who understand new media and that wouldn’t be given a chance at some big stupid company are here running this company and they’re gonna make a big success out of it while the old people watch.”