This is part 30 of an ongoing series where the kind folk of the music business reveal their favourite album of all time. 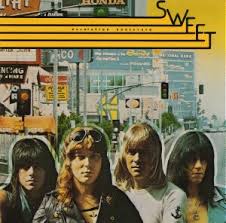 Back when my world didn’t extend much beyond my bedroom in my parents’ basement, I spent hours listening obsessively to about a dozen albums. Out of all those records–which included all the usual suspects like Dark Side of the Moon and Led Zeppelin IV– Desolation Boulevard got the biggest workout. I listened to both sides of the album as I wrote ever single essay for grade 9 through to final year of university. Every. Single. Time. There are actually two versions of the album (I have both, of course) but the North American version is superior. Side one features compositions by the songwriting team Mike Chapman and Nicky Chinn while side two are all Sweet originals. Ballroom Blitz” (Chapman-Chinn) and “Fox on the Run” (written by the band) were the big hits from the album, but other tracks also resonated. For example, “AC/DC” was covered by both Joan Jett and Vince Neil. And Mick Tucker’s playing (including on songs like “No, You Don’t”) were a big part on me wanting to learn how to play the drums. Yes, it’s a bit glammy and the chipmunk vocal effects grate on some people, but I still love it.

Lily Kuo, minoredinmusic.tumblr.com
Is This It, The Strokes 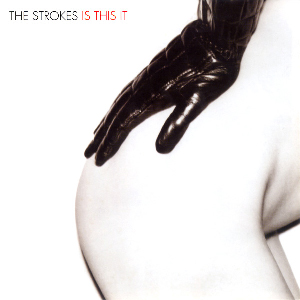 Is This It is the album that taught me how albums are meant to be listened to: in one sitting, one track after another, paying full attention. I remember hearing the killer singles off Is This It first; “Last Nite” and “Someday” still being some of my favorite tracks by The Strokes. It wasn’t actually until at least a few years after the album release that I even bought the CD – and when I listened to it on my huge boombox, I remember thinking “Woah, THIS is rock. I LOVE rock.” The tracks on the LP flowed from one to another seamlessly – not like every track sounded the same by any means, just that there was a central idea, and BOOM, there it was for me to hear. This is honestly one of the few albums that I will put on and listen to in its entirety, not in the background, but as a piece of musical artistry that I enjoy and learn from. Julian Casablancas is really and truly talented as a songwriter, musician, singer… person. The admiration I have for him stems from both deep, undying love, and intellectual and artistic inspiration. A couple first listens turned in to hundreds of listens, and I’m sure now it’s up there close to a thousand listens. I’ve still yet to own the vinyl LP, but I’m looking for that awesome condition international release version with the album cover that I think is one of the best of all time, with the alt-sexy gloved hand and hip, and with “New York City Cops” instead of the immediately-post 9/11 version with “When It Started”. What would really make my life is if I could hear this album in its entirety, live. Tell me that idea doesn’t give you a little petite mort… “Someday”, baby, “Someday”. 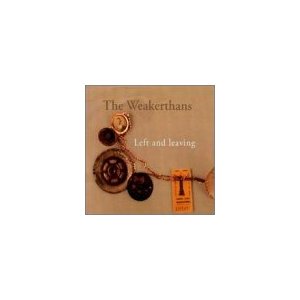 As a teen I found solace in rebellion against my surroundings. Music provided an escape from the mundane surroundings of the rural Alberta farming community I felt trapped in. California skate punk was the soundtrack to my school days, as I dreamed about surfing and valley girls a world away from the vast prairies that imprisoned me. Through a gifted copy of a Fat Wreck Chords’ sampler, I discovered the political punk group Propagandhi, who opened my eyes to human rights, activism and world issues in an age when the internet was still in its’ infancy. When Propagandhi’s bassist left the group to form the Weakerthans, I tracked down their debut, Fallow. The folk punk sounds were a departure from the skate punk that introduced me to John K. Samson, but I quickly fell in love with his lyrical poetry and folk influences. But it wasn’t until the release of Left & Leaving in 2000 that I discovered what would become my favorite album of all time. The folk tinged pop punk concept album centered around the dissolution of a relationship, which perfectly paralleled my emotional state at the time. Leaving behind high school and venturing out into the wide world, I discovered a seed of longing for the comforts of the home that I had rebelled against for so long. The simple, slowed down lifestyle of the Canadian prairies wasn’t found in the bustling city, where -40C winter walks were narrated by Samson’s nasally croon. The album carried me through various heartbreaks, a traumatic divorce and nights spent shivering as I slept alone in my car on a random city side street or the dark night I stood on the High Level Bridge, contemplating stepping off into the frigid river below. But there was an undercurrent of hope that flickered beneath the surface of the songs and during my darkest days the expression of life given to these characters through song urged me to keep going. This is a collection of musical poetry written for all of those who have experienced loss. It is for those who have been left and for those who have done the leaving. The music itself is wonderful. There are mournful songs that crawl along in anguish and frustrated rock songs reminiscent of The Replacements. But in the end, it is Samson’s heartfelt lyrics that keep drawing me back to this album. The images he creates are so perfectly crafted that they are simultaneously individually owned by his vivid characters and completely universal in their themes. A couple of years ago I had the opportunity to attend a student journalism conference in Winnipeg, a city that I had explored thoroughly through The Weakerthans before ever setting foot on its’ streets. At an evening gathering at Lo Pub I wandered to the washroom in my ever present Propagandhi hoodie and noticed John K. Samson sitting alone at the bar. It was an intensely surreal moment; randomly encountering the artist who had such a profound impact on my life, in the city that had been built in my mind entirely through his words. His words had literally saved my life. I silently walked right by… 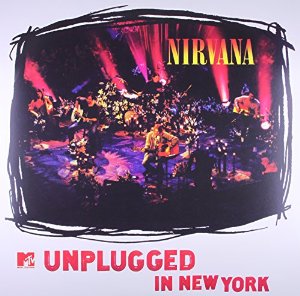 When I was in middle school, I was a total poser. I became obsessed with Kurt Cobain and I copied him relentlessly. I grew my hair long, dyed it different colors, wore those alien eye-shaped sunglasses, put patches on my ripped jeans, and started listening to the Pixies. But for all the superficial imitating I did, I also took a lot from Kurt as a human being. And Kurt Cobain was a magnificent human being. I learned compassion, acceptance, and open-mindedness in a way I hadn’t known before. I learned that there was a way to be rebellious and angry at the world—something that came naturally to me—but to also embrace your sensitive side. I went through a lot of phases after middle school. For a while, I listened to nothing but the Grateful Dead. Soon after, it was exclusively underground hip-hop. I was all over the place, and I’m still in the process of figuring out myself and the world around me. But I carry the things I learned from Kurt with me, and throughout al these years and all these phases, Nirvana is one of the few things that never feels any less potent. For me, Unplugged in New York is the perfect symbol of everything Kurt represented. It’s heartbreaking, chilling, beautiful, and raw. And it’s one album that I know will stick with me for the rest of my life. 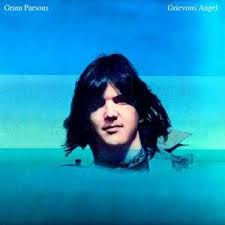 Seminal influence to the whole country-rick fusion so important to understanding the revolutionary movement and vibe of the 60s, not to mention the utter genius of his combination with Emmy-Lou Harris. Also and this point is highly personal, but I think crucial to understanding the spiritual revolution of the 60s, Parsons’ music was influenced by his ingestion of mescaline (the active ingredient int he Peyote cactus).