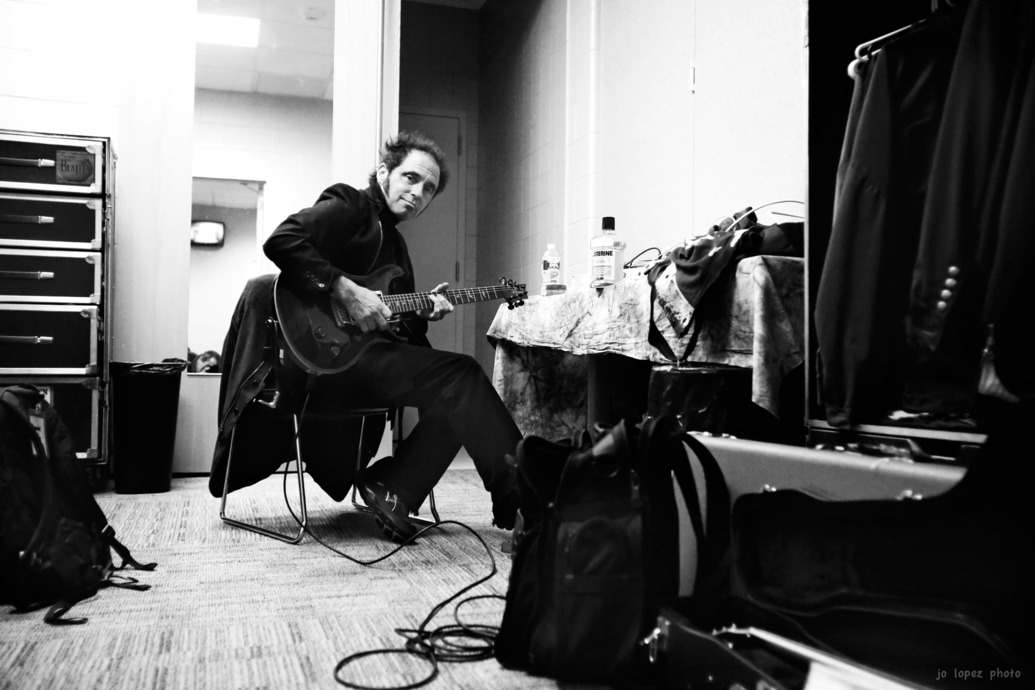 Nils Lofgren released Face the Music, a 10-disc retrospective earlier this summer. It’s the most extensive look at Lofgren’s career to date, the box — nine discs of music and a concert DVD — includes a demo recorded when he was 16, unreleased solo and Grin material, and cuts from every one of Lofgren’s albums, including cult classics like Nils Lofgren, Cry Tough, the Pete Townshend-praised Crooked Line, and Grin’s 1+1, all the way up to his latest solo release, 2011’s Old School.

You’ve had some wild adventures with Neil Young, like Tonight’s the Night and Trans.
Tonight’s the Night was the roughest record ever made, all live in the studio. That was the plan. No fixes no matter what. Neil didn’t want us learning the song and working on parts too much. It was the antithesis of production. Briggs would say, “When Neil gets the vocal, that’s it — we’re not going to over-rehearse.” We’d drink tequila, have a couple of puffs, play pool and commiserate about our dead friends Danny Whitten and Bruce Berry, and then record through the night.

On the Trans album, Neil invented all these machines to help handicapped kids and gave all the machines names and personalities, and I’m going, “This guy is brilliant.” Then one day I show up and I hear all this hubbub with Elliot Roberts. I hear that David Geffen is suing Neil because he’s too “un-Neil Young-like.” I’m thinking, “How can this happen?” But that’s the bureaucracy of the business. On the Trans tour in Europe, I like to brag that we were so crazy as a collective band that we were too much for Neil Young and at the end of six weeks, he fired us! [Laughs] To be so crazy to freak out Neil Young, that’s crazy. We were all pretty buzzed. One day Neil says, “I need you to do me a favor. After rehearsal, go to Bruce [Palmer’s] house and sit there and play the songs for a few hours with him.” So we played “Cowgirl in the Sand” over and over. It was an exercise in helping Bruce with muscle memory. There are outtakes from the Berlin video I hope see the light of day, like a really slow and deep version of “Mr. Soul” with vocoders. I’d walk out there and get down on my knees with my guitar and Neil would whack the strings for a great moment of distortion. Really reckless and passionate.