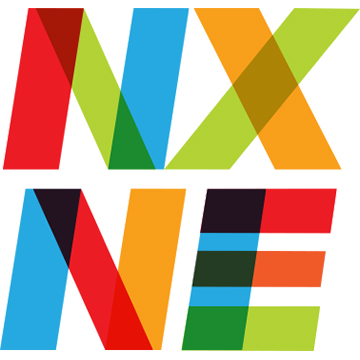 NXNE enters it’s third decade with the appointment of longtime NXNE music programmer Crispin Giles as Creative Director, and by welcoming Sara Peel as the new Managing Director. This new management structure comes into play with the departure of Christopher Roberts as Festival Director.

“We are delighted to build on Christopher’s break through ideas of the last few years and are determined to take NXNE to the level of global importance it is destined to achieve. Crispin and Sara bring great vision and fundamental expertise, essential for the dynamic goals we have set for the festival”, said Michael Hollett, President and Executive Director of NXNE.

Crispin Giles has been the music programmer for NXNE since 2007 and will now lead the creative direction in all Festival streams including Music, Film, Comedy and Art. Prior to NXNE, Crispin worked as a tour manager and venue programmer. Crispin is also a founding member of Tiny Collective, an international photography cooperative.

As the former Manager of Events at Yonge-Dundas Square, Sara Peel brings years of experience managing events of all sizes to The Festival, including NXNE’s legendary annual concerts in The Square such as The Flaming Lips, The National and St. Vincent. Prior to YDS, Sara was Production Manager of Melbourne Fringe Festival, and also worked in various capacities at the Edinburgh Fringe, Adelaide Fringe, and Melbourne International Film Festival. Sara is currently the President of the Board of the Toronto Fringe.

NXNE invites musicians to apply for a chance to be a part of one of the world’s premier music festivals. Submissions will be accepted at www.nxne.com until January 31, 2015.

North by Northeast (NXNE) Festival and Conference is one of the world’s premier festivals. NXNE’s five pillars – Music, Film, Comedy, Art and Interactive – are essential gatherings for artists, industry, and fans. NXNE draws 350,000 attendees and generates an annual economic impact of over $50 million on the city of Toronto.