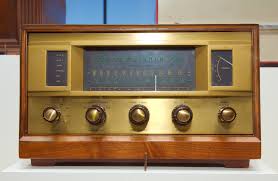 Music critics these days love to argue about “rockism,” the unexamined prejudices we bring to our musical judgements, and “poptimism,” an effort to celebrate commercial stuff that some think goes way too far. My book, Top 40 Democracy: The Rival Mainstreams of American Music, aims to get us out of that endless back and forth by focusing on the key place songs become pop: radio, which, beginning on AM with Top 40 in the 1950s and then moving to FM in the 1970s, gave music its deepest connection to Americans. Radio made new tunes and styles familiar, perennial, memories. And unlike movies or TV, radio was structurally segmented: Different formats like country, R&B, rock, Top 40 and Adult Contemporary targeted different audiences.

That’s formats, not genres: Radio sold listeners to advertisers, not music to fans, and that meant being pragmatic about the tastes of groups highly defined by age, gender, race and class, not vaunting musical standards. True believers could fume all they wanted, and they have, from Elvis Costello attacking “Radio, Radio” in his punk days to Public Enemy‘s Chuck D questioning black radio’s blackness. But the cynicism of lowest common denominator formats was good, I argue in my book, because even idealistic gatekeepers like music snobs are inherently narrow minded. In catering to chunks of everybody, not everybody all at once, what I call Top 40 democracy produced a pop scene of striking diversity, armored by commercialism. Think of the Grammy Awards, which routinely dwarf the Oscars in the number of categories represented and in demographic range. Normal, in music, became a bunch of different, simultaneous, normals: parallel and jostling mainstreams, rather than everybody forced to fit into the same blockbuster formula or accept marginal status.

‪1-minute tip for bands and artists: What movie can you watch again and again?

1-minute tip for bands and artists: ‬‪What’s the most outdated piece of technology you own?‬