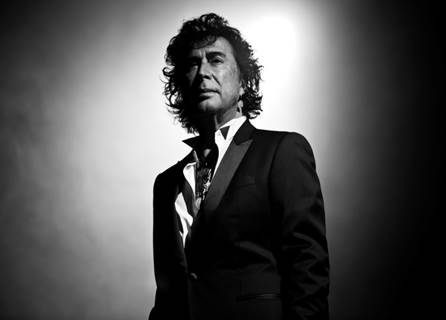 Appearing together for the first time to discuss the hotly anticipated project, Kim and Drew sat down with SiriusXM host and record label executive Eric Alper on ThatEricAlper’s Show to play cuts from the new album, walk listeners through each song and discuss their musical partnership.

In the interview, Kim, the renowned recording artist says about working with Drew on the album, “There aren’t too many people that you work with that you want to hang around with. There was this spirit in Kevin, there’s this connection, it’s based on a relationship built on trust, respect, and love”.

Drew, celebrated solo artist and co-founder of Canada’s beloved Broken Social Scene, goes on to say, “It was very beautiful to be with someone that we could just say, ‘Let’s just write something.’ There was nothing holding us back.”

It’s Decided, which is already receiving early critical acclaim, will be released on February 24, featuring the first single “Shoot ‘Em Up Baby,” an imaginative reworking of the original hit,  released by Kim in ’68. Joining Drew and Kim on the visionary album includes producers Dave Hamelin (The Stills) and Ohad Benchetrit (Do Make Say Think), as well as the voices of Kevin Hearn (Barenaked Ladies), John McEntire (Tortoise), Ron Sexsmith and Jeff Barry.

ThatEricAlper’s Show can be heard on Canada Talks (channel 167) Saturdays at 4 pm EST and Sundays at 11 am, 1 pm and 6 pm EST. It joins a full catalogue of Canadian entertainment and news programming, including The Arlene Bynon Show, Business News Network, Ward & Al, The Shaun Proulx Show, What She Said, Dishing With DeMontis, The Sharp Magazine Show and much more.

For all replay times and more information, visit www.siriusxm.ca/andy-kim-kevin-drew-siriusxm-canada.