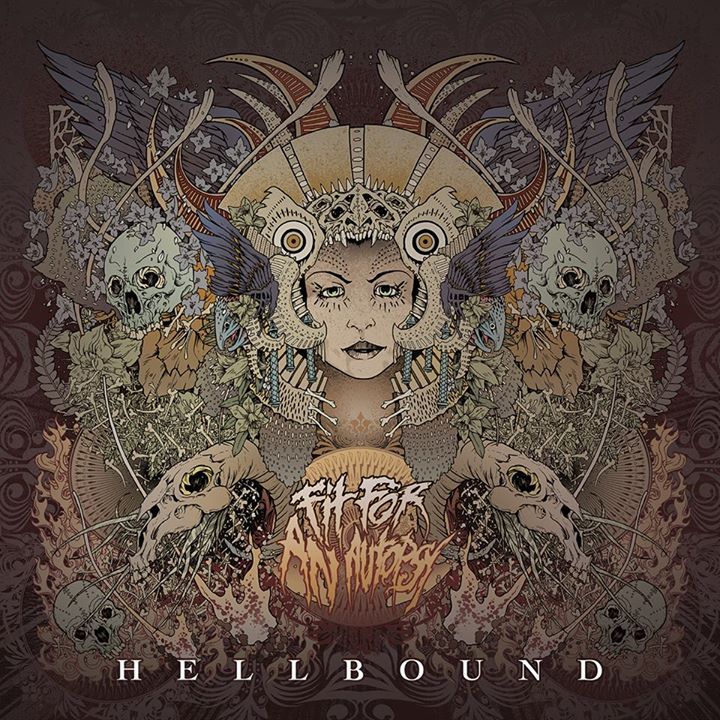 New Jersey metal heavyweights FIT FOR AN AUTOPSY have wrapped up production on a yet to be titled LP due out later this year via eOne Music / Good Fight Music. “The new album is a bit of a step in a new direction for the band,” says guitarist Pat Sheridan. “You’ll hear a lot of new influences in our sound and a real creative move towards other genres we have never experimented with until now. It’s dark, sad and aggressive all at once and we’re really happy with the vibe. It’s also a very literal and real record and in more of a first person view of the world than we’ve ever done, and it feels really intense.”

The band set up camp at The Machine Shop in New Jersey with guitar player and renowned producer Will Putney at the helm. The new effort will be the anticipated follow-up to the critically acclaimed Hellbound, released in 2013. The biggest change since then has been the band’s vocalist. After the departure of Nate Johnson earlier last year, Greg Wilburn (Oblige) briefly filled in so the band could carry out their touring plans. Just before the band entered The Machine Shop, they brought in Joe Badolato (Diamond Cutter) as the brand new full-time vocalist.

“We found Joe at a perfect time,” says guitarist Will Putney. “We had just come off months of touring with a vocalist we knew wasn’t built to handle the lifestyle and stresses that come with being in a full-time band.” Badolato’s first show with the band was at The Brooklyn Asylum in Brooklyn, NY before gearing up to head out west to start their tour supporting SUICIDE SILENCE alongside label-mates WITHIN THE RUINS. Putney concludes, “Joe is an extremely humble and down to earth dude and is a killer singer. Bringing him into Fit For An Autopsy has elevated the band to a really cool creative spot, and we’re excited about the future with him as our frontman.”