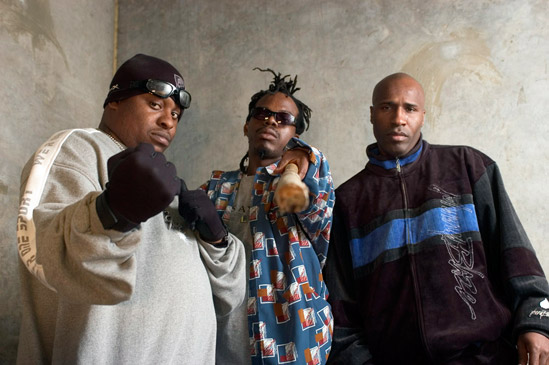 Rolf Potts is a journalist, essayist, and travel writer who has reported from more than sixty countries around the world. He is the author of two books, Vagabonding, and Marco Polo Didn’t Go There. His writing has also appeared in venues such as The New Yorker, The Atlantic, National Geographic Traveler, Salon.com, Slate.com, Sports Illustrated, The Best Creative Nonfiction, and The Best American Travel Writing.

His adventures have taken him across six continents, and include driving a Land Rover across the Americas, piloting a fishing boat 900 miles down the Laotian Mekong, and traveling around the world for six weeks with no luggage or bags of any kind. His research for 33 1/3 took him to Fifth Ward, Texas, the inner-city area northeast of downtown Houston that gave rise the Geto Boys and their pioneering gangsta rap sound.

What, in particular, drew you to writing about this album?

I discovered The Geto Boys in college, and I became obsessed with their demented depiction of life in Houston’s Fifth Ward. At the time I was also a fan of Nirvana, a band whose Nevermind album has curious parallels to The Geto Boys. Both albums were major-label debuts by acts that had first been signed by regional indie labels (Seattle’s Sub Pop, Houston’s Rap-A-Lot), and both explored themes of rage and nihilism, albeit from different ends of the tonal spectrum. Perhaps most significantly, both Nevermind and The Geto Boys demonstrated that young men from backwaters like Aberdeen, Washington and Fifth Ward, Texas could tweak the stagnated assumptions of the rock and rap establishment and help nudge popular music into edgier new directions. Though Nevermind was probably more influential to my musical tastes than The Geto Boys, I never considered visiting Aberdeen. Grunge music was by definition an expression of the Pacific Northwest, but it wasn’t necessarily about the Pacific Northwest. Hip-hop, on the other hand, depicted sense of place with street-level specificity. Just as previous generations of young men had read swashbuckling pulp-travel narratives and dreamed of seeing Borneo or Siberia, I listened to the lurid lyrics of the Geto Boys and grew intrigued with the world behind the world they described.

After graduating college I worked as a landscaper in the Pacific Northwest for one year to save money for an eight-month van trip around North America. Seeing Houston’s Fifth Ward was my main impetus for stopping in Texas, and the experiences I had when I arrived there tweaked my assumptions in a complicated way. My book started out as an inquiry into why The Geto Boys inspired me to take that journey.