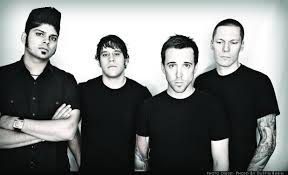 Canadian Music Week is proud to announce this year’s performers for the SiriusXM Indies – 15th Annual Independent Music Awards – taking place on Saturday May 9th, 2015 at The Sheraton Centre in downtown Toronto. This year’s show will feature a concert set from headliner and multiple JUNO Award winning band Billy Talent.

Canadian Music Week is Canada’s leading annual entertainment event dedicated to the expression and growth of the country’s music, media and entertainment industries. Combining three information-intensive conferences; a trade exposition; a film festival; a comedy festival; four awards shows and the nation’s largest new music festival, CMW spans a 10-day period from May 1 to May 10, 2015 at the Sheraton Centre Toronto Hotel and over 60 downtown Toronto venues, attracting participants from across the globe. For more information, visit www.cmw.net.

Since the release of their self-titled debut in 2003, Billy Talent have cemented themselves as a generation-defining rock band. Boasting nearly one million albums sold in Canada alone and nearly 3 million albums sold internationally, the band have seen multi-platinum certifications for their albums Billy Talent I and II and III, and platinum status for the latest studio album Dead Silence. The band has enjoyed tremendous success at Canadian rock radio where they have had three #1 hits that combined for 19 weeks at the top spot, five Top 5 hits, and five Top 10 hits.

Celebrating the best of independent music – both Canadian and International – the event will also feature performances by 2014’s breakout band Alvvays, who graced the cover of this winter’s issue of Exclaim!. 2015 JUNO-nominated ‘Best Rock Album of the Year’ act The Glorious Sons are also set to take the stage, followed by Oklahoma’s fuzz-rock BRONCHO and Montreal’s Miracles.

Tickets for the show are available to purchase now online at www.indies.ca