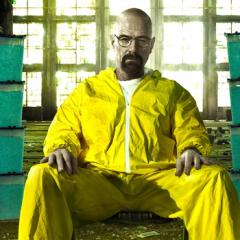 Interviewed by Music Week editor Tim Ingham at AIM’s recent Sync Conference in London, music supervisor extraordinaire Thomas Golubic discusses his job at length – especially his tricky role as a middle-man between labels/publishers attempting to maximise music fees and TV studios trying to minimise music spend. Golubic managed the soundtracks for hit shows Breaking Bad, Six Feet Under, The Killing and The Walking Dead – gives his thoughts on all aspects of the modern sync world.

Golubic explains that for Breaking Bad, overseen by Sony Pictures, he managed on a significantly smaller music budget than he did years before on Six Feet Under.

“These are big corporations,” he says. “Some of the companies you deal with are a bit more respectful of the role music has, some are less so. It was a bummer to us all the way through that Sony would not loosen the purse strings [for Breaking Bad]. Even when the show was successful, they still didn’t. But I have to recognise they’re a corporate culture and they operate within certain parameters. And to be honest, most studios are not filled with the bravest people. None of them are going to say: ‘It’s important for us to make music a bigger thing.’ They’re just going to say: ‘Here’s what you have, good luck.’”

“I think the honest truth of it is that music was in a way overvalued in the past,” he says. “If you look at it from a purely economic level, the amount of money music was costing to licence and the amount of extra revenue generated as a result was probably not commensurate. It was a set of rules essentially established by different publishers and labels saying: ‘This is how much it should be.’

“Now, the studios ultimately have the power, and they’re saying, screw that, you only have $20,000 to spend so… you’re going to have to shave everything down. We all have to readjust to the idea that the way this ecosystem is going to work has shifted – the Arctic just got colder.”