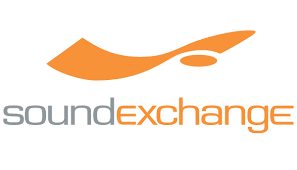 SoundExchange announced it has reached a settlement agreement with NPR and the Corporation for Public Broadcasting (CPB) on royalty rates for the next five years for webcasting by public radio stations.

“We always prefer negotiated solutions with digital services, provided that they ensure appropriate payment to artists and rights holders. We are pleased that we have again reached an agreement with NPR and CPB. This agreement recognizes the unique circumstances and missions of these organizations, and compensates the creators of the music used in their programing,” said Michael Huppe, president and chief executive officer, SoundExchange.

“The Corporation for Public Broadcasting is pleased that we, together with NPR and SoundExchange have reached an agreement on Internet streaming of sound recordings by public radio stations funded by CPB that recognizes the unique nature of public radio and the vital service it provides to the American people,” said Pat Harrison, president and CEO, CPB.

“We are pleased to again collaborate with SoundExchange to come up with a framework for royalties that provides artists and rights holders with fair compensation while recognizing public radio’s distinctive public service and nonprofit operating model,” said NPR CEO Jarl Mohn. “The agreement is a testament to public radio’s significant contributions to musicians, artists, audiences and cultural programming in today’s dynamic music environment.”

The settlements, if adopted by the Copyright Royalty Board, will be in effect for the years 2016-2020.