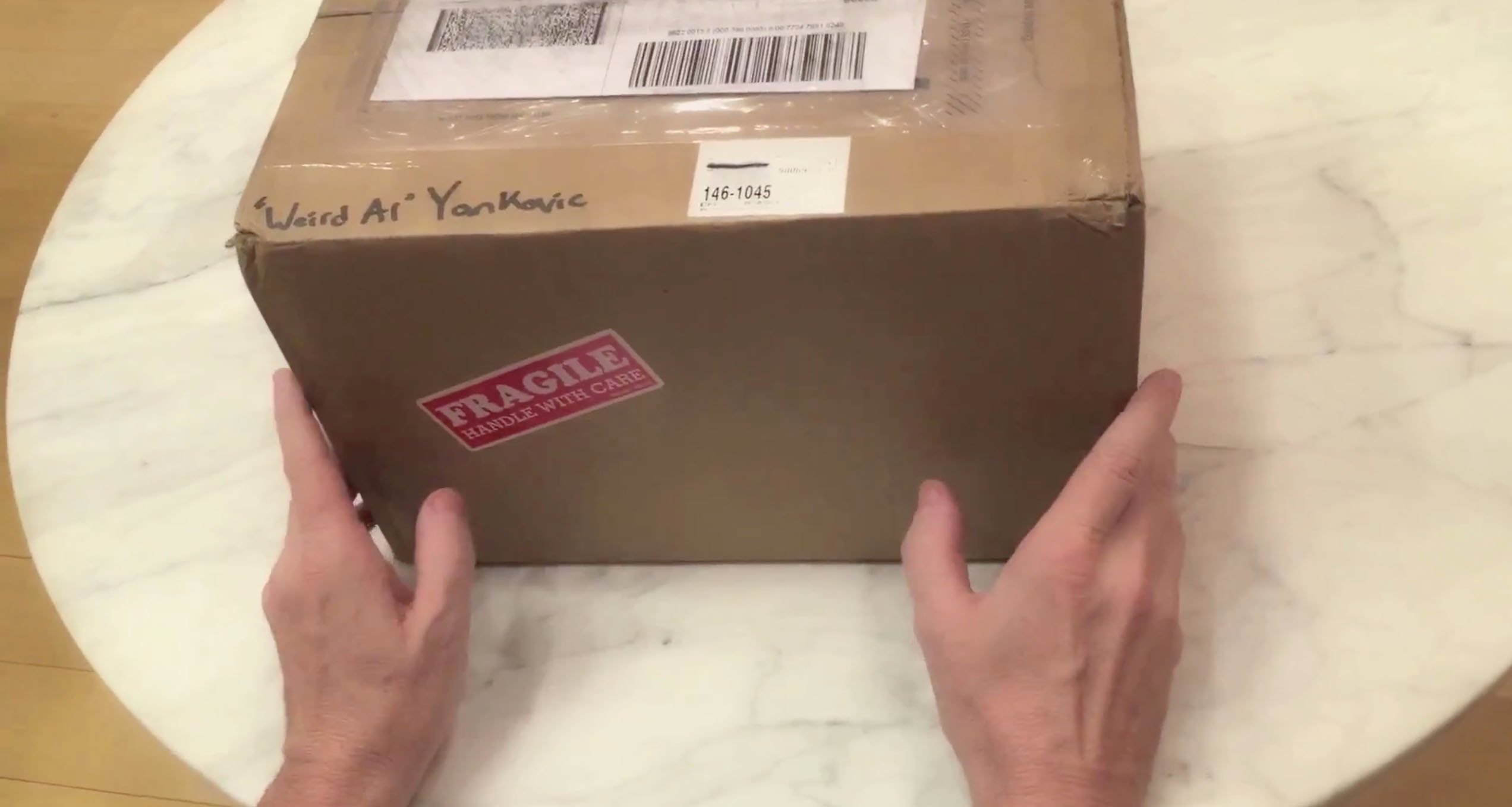 “Weird Al” Yankovic made an unboxing video for his 2015 Grammy Award for “Best Comedy Album of 2014” that he won for his Mandatory Fun album. I think I might make mine for when I get the JUNOs next week.

“Ohhh, look at this! I can make my own molds of Grammy Awards from now on.”