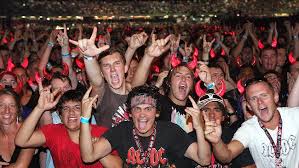 Tiny screens—and some not so tiny—have made their way into just about every corner of our lives, and live events are no exception. Like a band that’s blowing up the charts, smartphones are popping up at nearly every venue and live event out there.

It’s clear that mobile is permeating fans’ event-going experience before they even enter a venue or walk through the gates of a festival: Today, 35 percent of tickets sold by Ticketfly are purchased on mobile devices – a 40 percent increase from 2013 to 2014 – and 45 percent of Ticketfly’s traffic comes from smartphones.

But what happens once fans come through the doors? And how would event-goers use their phones if they could? Ticketfly commissioned Harris Poll to field a survey online among U.S. adults who have a smartphone and attend live events to determine how – and how much – they are using their phones during live events, and shed some light on what they will be doing in the future. Here’s what we found: