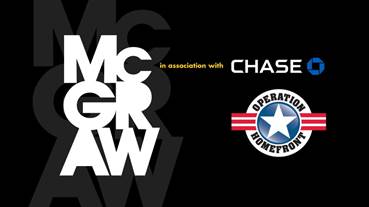 – Tim McGraw, Operation Homefront and Chase are continuing to award mortgage-free homes to veterans on the Shotgun Rider Tour 2015. Over their three years working together, they have awarded 108 homes, touching over 300 veterans and family members in 30 states in front of over 2,000,000 fans. Thirty-six homes will be awarded during the upcoming tour.

“The return to civilian life can be a challenging transition. We want to welcome veterans home to the community they sacrificed to protect. A mortgage-free home provides stability for their families and also allows them to start this new chapter of their life with one less worry,” said McGraw in Nashville while preparing for the tour. “It’s an amazing feeling to see them receive something they so deeply deserve — and to be able to share that experience with thousands of fans each night makes me proud to be a part of this program.”

McGraw’s Shotgun Rider Tour 2015 kicks off Friday June 5th in Little Rock, AR and continues across the country before wrapping up in Irvine, CA on September 19th. He will be joined by special guest Billy Currington and newcomer Chase Bryant.

It has been an incredible year for McGraw so far, with highlights including performing on the Oscars® and being honored by TIME Magazine as one of their 100 Most Influential People in the world.

“On behalf of the entire Operation Homefront family and the military families we serve, I am thrilled we are able to continue our amazing partnership with Tim,” said Brig Gen (ret) John I. Pray, Jr., president and CEO. “Tim’s deep, personal commitment to honor those who work tirelessly to protect the freedoms we enjoy daily reflects his clear appreciation for what our military members and their families do for all of us.”

“Everyone who is part of this program is working toward one goal – ensuring a bright and successful future for veterans and their families,” said Ross Brown, director of Military and Veterans Affairs at Chase.

There are currently more than 2.5 million post-9/11 veterans and more than one million who are currently serving that will transition out of the military over the next several years.

“We are truly grateful for the generosity of Operation Homefront and Chase during this transition,” said Navy Fireman Justin Gang, who received a mortgage-free home in April 2014. “We are so very appreciative and no words could ever describe what it means to be honored with such an amazing gift. This new home will help us grow stronger as a couple and work toward a brighter future.”

Tim McGraw has sold more than 40 million records worldwide and dominated the singles charts with 36 #1 singles. He’s won three Grammy Awards, 16 Academy of Country Music Awards, 14 Country Music Association Awards, 10 American Music Awards, three People’s Choice Awards and numerous other honors. His iconic career achievements include being named the BDS Most Played Artist of the Decade for all music genres and having the Most Played Song of the Decade for all music genres with “Something Like That.” He is the most played Country artist since his debut in 1992, with two singles spending over 10 weeks at #1 (“Live Like You Were Dying” and “Over and Over”). His critically acclaimed acting skills were highlighted in the award winning Friday Night Lights and The Blind Side. Tim currently stars in Disney’s Tomorrowland, in theaters now. For more about Tim McGraw and his partnership with Operation Homefront go here.