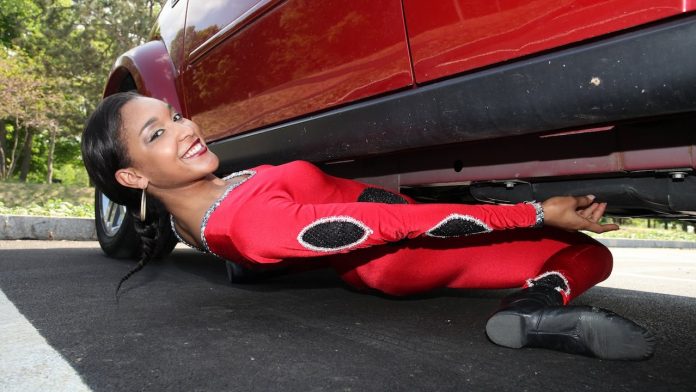 A WORLD record holding limbo queen thinks she has become the first person to shimmy under a car. Shemika Charles amazed herself and onlookers when she bent over backwards to get underneath the SUV earlier this week. The supple 22-year-old entered the record books in 2010 when she limboed down to an incredible eight and a half inches – the height of a beer bottle. She trains for up to six hours a day to keep her body in peak condition and now travels around America performing with her family. However, regular performances put an incredible strain on her body and she sees a chiropractor once a week to have her hips realigned. Her mother was also a successful limbo dancer in her home country of Trinidad and Tobago but had to give up due to injury.