In September, the 33 1/3 series will be publishing two brand new books Bryan C. Parker’s book on Beat Happening and David Masciotra’s book on Metallica (The Black Album)! September is so far away, but console yourselves with a look at these two beautiful covers. What will it be in the ultimate battle of K Records v. Elektra? 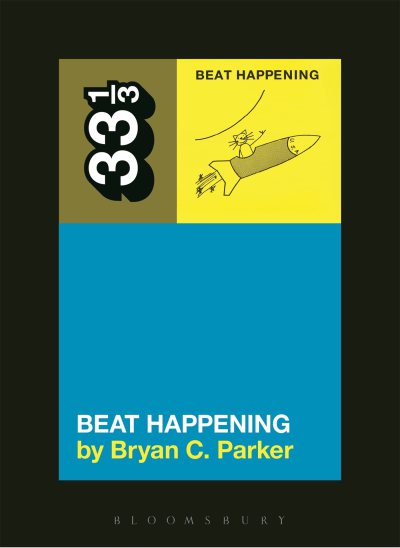 This is the album that sent a shockwave of empowerment through the nation’s cultural underground. In 1985, Olympia, Washington band Beat Happening released their eponymous debut of lo-fi pop songs on K Records and challenged every conception held about music. At the center of the group was the enigmatic Calvin Johnson and his revolutionary vision of artistic creation. His foresight and industriousness allowed him to recruit to the K Records roster other free-spirited artists like Beck, Modest Mouse, and Built to Spill long before they gained widespread acclaim.

This book, structured as an alphabet book, breaks down the fundamental components that defined Beat Happening’s self-titled album. Organized in a light-hearted yet incisive format, each of the book’s chapters details a particular facet of the record-band members, historic shows, recording sessions, songs, and ideologies-parts reflecting the album as a whole. These alphabetic ingredients constitute a recipe book for feeding your creative spirit.
Here is the story of a band that popularized do-it-yourself projects and home recording with four-track tape machines decades before the digital revolution would extend an open hand to garage bands everywhere. This is the story of musical pioneers. This is Beat Happening. 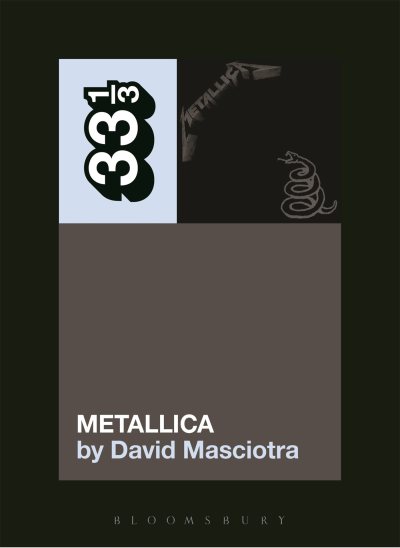 In 1991, Metallica released their fifth studio album that would become known and beloved around the world as “The Black Album.” Since its release, it has sold 30 million copies, and become a towering monument in the pantheon of rock’s greatest records. With this book, readers will get unprecedented insight into the story behind an iconic album from one of the world’s most iconic bands. With direct and personal access to all members of Metallica and Bob Rock, the producer of The Black Album, David Masciotra is able to relay the results of his conversations with James Hetfield, Lars Ulrich, Kirk Hammett, Jason Newsted, and Rock.

Masciotra takes readers into the recording studio, giving them Metallica’s account of how their most successful and famous record was born and learned to walk into every radio station and stadium stage around the world. Masciotra not only talks to the band about the making of the album, but also the stories that inspired the songs. Readers will not only learn about “The Black Album,” but they will gain greater knowledge and familiarity with the men who created it.
This is a must read for any Metallica fan, and a compelling read for anyone interested in provocative musical criticism and journalism. With direct access to the band, Masciotra offers a fascinating and inspiring account of the creation of one of music’s best and best selling albums.