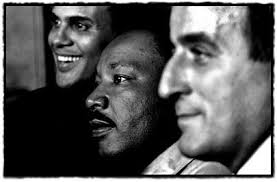 Viola Liuzzo was a Unitarian Universalist civil rights activist from Michigan. In March 1965 Liuzzo, then a housewife and mother of 5 with a history of local activism, heeded the call of Martin Luther King Jr and traveled from Detroit, Michigan to Selma, Alabama in the wake of the Bloody Sunday attempt at marching across the Edmund Pettus Bridge. Liuzzo participated in the successful Selma to Montgomery marches and helped with coordination and logistics. Driving back from a trip shuttling fellow activists to the Montgomery airport, she was shot dead by members of the Ku Klux Klan. She was 39 years old. 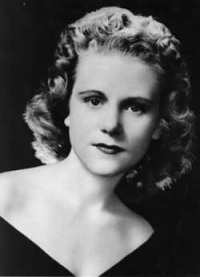 Just before the 24th anniversary of Martin Luther King’s April 4, 1968 murder, Tony Bennett appeared on the Arsenio Hall show to talk about the bloody 1965 Selma to Montgomery march he participated in at Harry Belafonte’s request. After the march, Bennett revealed, he was driven to the airport by Liuzzo. After leaving the airport, Liuzzo was shot and killed.

Via the May 1992 issue of Rock & Rap Confidential.