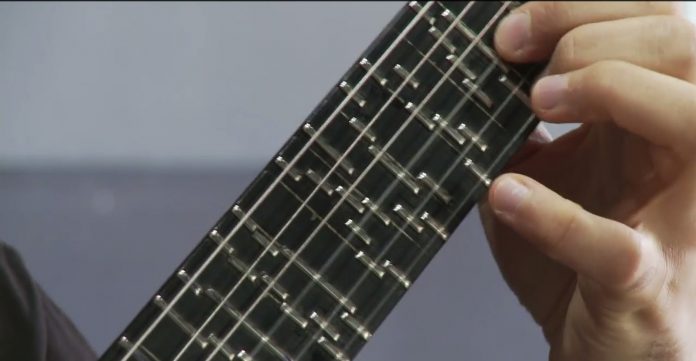 The Adjustable Microtonal Guitar was designed by Tolgahan Çoğulu in 2008. It was accepted and funded as a scientific research project at Istanbul Technical University Dr. Erol Uçer Center for Advanced Studies in Music under the supervision of Prof. Şehvar Beşiroğlu. The first prototype was made by Ekrem Özkarpat. The new versions have been made by Briken Aliu since 2014.

In addition to this, the term Microtonal Music also encompasses music that use intervals other than the equally-tempered 12 notes of an octave. For example, pieces written in Pythagorean, just intonation ormeantone temperament are also categorized under microtonal music.

In Ottoman/Turkish music theory, which is based on maqams, microtones are referred to as koma. In this system, a whole-tone is divided into 9 equal parts, and each part is called a koma according to Arel-Ezgi theory. For an alternative theory, you can read Ozan Yarman’s PhD.