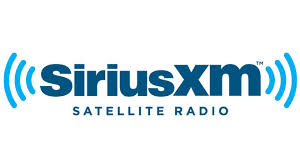 SiriusXM announced today the launch of “The Bill Carter Interview,” a weekly one-hour program in which esteemed former New York Times reporter and best-selling author Bill Carter will sit down with major figures from all sides of the entertainment industry and beyond.

Broadcast on Mondays at 6:00 pm ET, the new program will feature in-depth interviews with some of the most-talked about figures in the country. Carter will explore both the water cooler moments in popular culture as well as conduct comprehensive conversations with the individuals who are shaping the national dialogue. The show will also invite listeners to call in and join the discussion, offering them a chance to share their perspectives and ask questions of some of the biggest names in entertainment and news.

“The thing I have enjoyed most in my career as a journalist has been the opportunity to talk to fascinating, funny, and news-making people,” Bill Carter said. “My SiriusXM program will be all about in-depth, engaging conversations with a full range of the performers, writers, producers, and executives who are shaping the culture today.”

“Few journalists have acquired instant name recognition the way Bill Carter has, for both his best-selling books revealing the behind-the-curtain stories of modern television and for his news-making ability as a New York Times journalist,” said Scott Greenstein, SiriusXM President and Chief Content Officer. “On his own SiriusXM show, Bill will put to work his virtually unmatched list of contacts and friends to score interviews with both the power brokers and influencers behind the scenes, as well as the biggest names in pop culture, media, and the world today.”

Carter, who expertly covered the television beat at the New York Times for more than 25 years, is one of the most respected journalists in the media industry and was recently named a CNN contributor. He is also the author of four books, including The Late Shift, a cultural smash that centered on the Letterman-Leno “late night war” to succeed Johnny Carson as host of “The Tonight Show.” The book was later adapted into an Emmy Award-nominated film by HBO, also written by Carter.

“The Bill Carter Interview” will air on SiriusXM Insight Ch. 121.