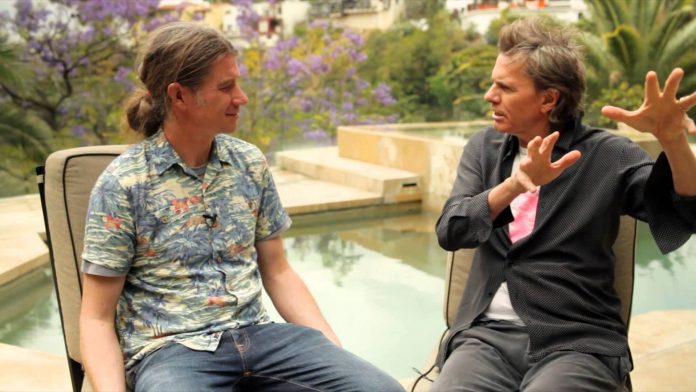 Duran Duran will headline the Friday night (11 September) of this year’s Bestival – and you can watch a video interview with the band’s John Taylor and organiser Rob da Bank exclusively via Q now.

Admitting they’ve long been a target for the Isle Of Wight event, the Radio 1 DJ quizzes bassist on the band’s new album and their collaborations – including the likes of Nile Rodgers, Mark Ronson and Janelle Monáe – their plans for the festival (“It’s the big one!”) plus reveals how a combination of The Clash‘s Paul Simonon and Chic!‘s Bernard Edwards changed the course of Taylor’s life.

“Everyone wanted to be a guitarist in 1978 but I actually thought Paul Siminon was the coolest guy in The Clash and then I got into disco,” he recalls. “That’s really a bass player’s music…. when we [Duran Duran] were trying to get something going there were plenty of guitarists so I just shifted to bass.”

Watch the full interview below now, and try to figure out HOW JOHN TAYLOR HAS NOT AGED SINCE 1984.