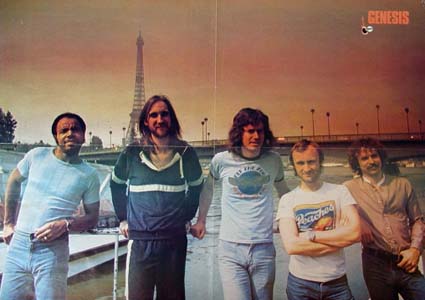 “I remember we were once described by an East Grinstead local paper as a ‘folk-blues-jazz-rock-mystical group.’” – Mike Rutherford

A further blast from the band’s past has also surfaced in the shape of the 1978 BBC “On The Road” documentary sometimes referred to as “Three Dates With Genesis”. This was the only documentary that the BBC ever made about Genesis during all of the period which saw their rise to fame around the time of the And Then There Were Three…album. The documentary takes a behind the scenes look at the European leg of the massive And Then There Were Three tour including rare clips from the gigs at Mannheim, Leiden and Knebworth Park.